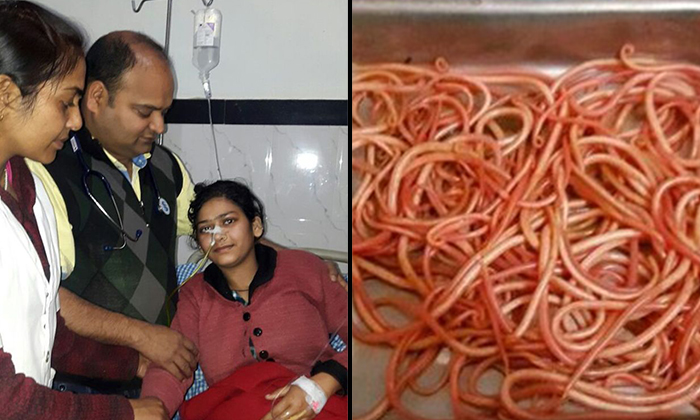 A 22-year-old Indian woman, Neha Begum was rushed to a hospital last Monday (Jan 2) after experiencing severe abdominal pain and nausea for over a month -- only for doctors to find over 150 live wriggling worms in her stomach, each over 25cm long.

The incident happened in Chandauli, Indian and apparently, Neha had visited a few general physicians before that but they had all merely prescribed her painkillers, reports World of Buzz.

“I was in extreme pain for weeks.

“I suffered so many sleepless nights and I used to scream in pain and vomitied.

“But now it’s like I have a new life.

"I am very thankful to the doctors here for ending my problem.”

Apparently, the worms had formed in her stomach due to an unhygienic lifestyle, as the eggs of these worms are usually found on vegetables and in non purified water, according to a medic at the hospital, Dr Anand Prakash Tiwari.

“These worms get into the bloodstream and then grow inside the body.

“Still I was shocked, as this was an extremely unusual case.

The doctor also said that Neha was lucky because the worms were discovered before they travelled to her brain which could have resulted in severe neurological brain damage.