Imagine if someone did this to your mum: Elderly woman viciously slapped and beaten by man at old folks' home in Malaysia 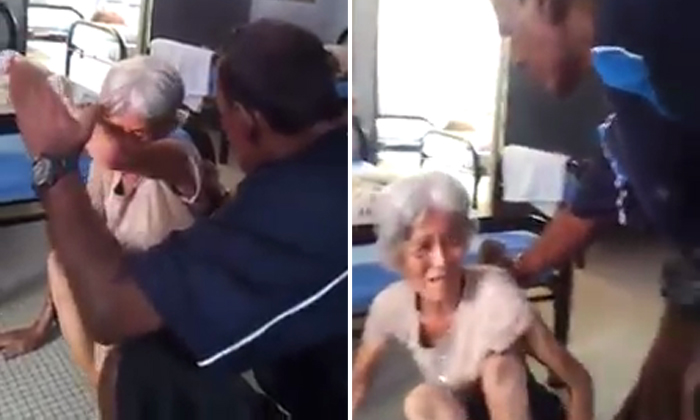 A shocking video showing an elderly woman being viciously assaulted by a man has gone viral online.

The 10-second clip posted by Facebook user Yee Fah Lee shows the man talking down at the grey-haired woman, while slapping her face and smacking her on the head.

The old lady can be seen sitting on the floor, trying to shield herself and back away from the man, though her efforts appear to be futile.

The incident is believed to have taken place at an old folks home in Malaysia.

In his caption, Yee urged netizens to share the video so as to "save this poor granny" and let the perpetrator "get the justice that he deserves".

"Bullying a defenceless elderly person, what if it had been your mother? Please don't stand by and watch. Press the [share] button, save a life," he wrote.

According to Yee, the footage was first circulated on WeChat.

He believes that the person who filmed the video is 'in cahoots' with the attacker, and most likely sent out the clip by accident or lost his phone.