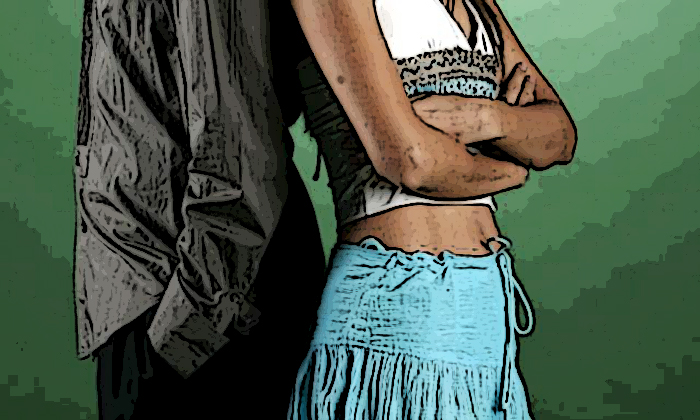 "I'm a female company employee in my 30s. A while ago, I was harassed by a male colleague whom I'd broken up with after dating for about a year. He works in a different department now.

"Each time my company conducts routine personnel reshuffles, I grow terrified at the prospect of one of us being transferred so that we have to work together again.

"I broke up with him because we were incompatible. Afterward, he sent me email after email asking me to reconsider. He also started coming to my home late at night and ringing the doorbell. I was so frightened I tried to completely shut him out of my life.

"It probably made him angry. He started harassing me at our workplace, doing such things as hitting the wall in front of me, spreading a rumour that I'm incompetent at work and sending abusive emails to me. I was mentally driven into a corner.

"Fortunately, our company relocated me, which naturally ended our relationship and allowed me to concentrate on my work in peace. Several years later, I married another man and we have a child. I'm satisfied with my life now.

"On the other hand, I still feel uneasy about my former boyfriend. His harassment was so shocking that whenever I see or hear him, my heart skips a beat. But I can't go so far as to leave the company. I'm very distressed."

"After reading half your letter, I was prepared to tell you to immediately get out of the situation as the man's behaviour may easily escalate into stalking. When I read the rest, I realised it wasn't an ongoing problem.

"Your memories of the past continue to terrify you. Upon seeing or hearing him, the memories immediately come rushing back and you feel the pain his harassment caused as if it's actually happening. This psychological symptom, called a flashback, is evidence of a deep wound.

"We all have painful memories. We can gradually gain perspective on the past and lighten our emotional burden by gaining a variety of new experiences. An inability to recover often occurs when we're unable to change our environment.

"In your case, you haven't been disturbed by him at all for the last several years, but you remain unconvinced that his unhealthy interest in you has ended. Your fear of him is still alive.

"It's natural to be afraid as his behaviour was outrageous. It may be tough for you, but I suggest you identify the section in charge at your company or a relevant public organisation so that you can be ready to consult with them if you should be similarly harassed in the future.

"In other words, you should work out practical measures to cope with similar situations.

"You could ask for the help of doctors or counselors. More importantly, you need to have a strong will to overcome your fear.

"Don't worry. You now have the mightiest supporter right next to you. You aren't the same person you once were."

Related Stories
16 people share their insane stories that defined 'crazy ex'
Girls reveal why they had no choice but to dump their BFs
Confessions from people who dumped their partners for the most shallow reasons
SG confessions: Singapore women's most shocking Tinder experiences
Woman finds ex-BF's 90 touching love letters only after breaking up -- but it's too late
More About:
relationships
couple
ex-boyfriend problems
confession
dating