Think NS is tough? You should see the pain (literally) these soldiers have to go through 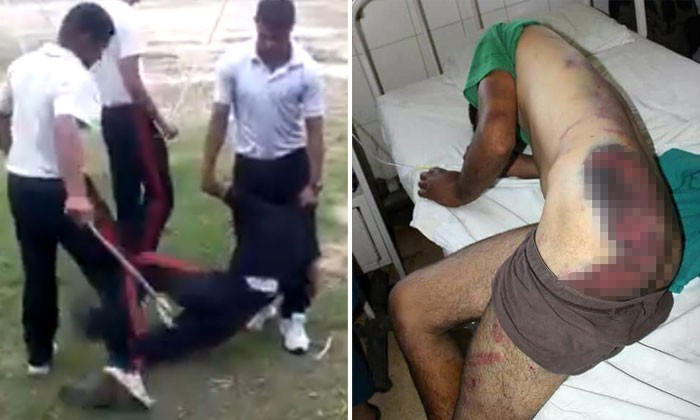 If you thought the training you received during national service was bad, you might want to have a look at this.

A harrowing video circulating on Facebook allegedly shows trainees at an army camp in India getting whipped and brutally beaten with sticks by what's believed to be their instructors.

In the video uploaded by a netizen, the trainees' heads were first placed between the legs of a man clad in a white polo T-shirt.

The latter's colleagues then proceeded to ferociously whip and beat the man's buttocks.

If a trainee flinched, he would be shouted at and subsequently beaten again by instructors.

Read the caption on post made by the netizen:

"This is a video leaked from Indian army training camp.

"Please forward the same to your groups till it reaches maximum number of Indians so that whoever is doing this cruelty will be punished."

The netizen also uploaded a photo on Facebook apparently showing the injuries a trainee sustained as a result of the beatings.

He had severe bruises in his buttock area as well as a big laceration on his lower back.

The shocking video has gone viral since it was posted on Jan 18. It has garnered over 10,000 shares and more than eight million views.