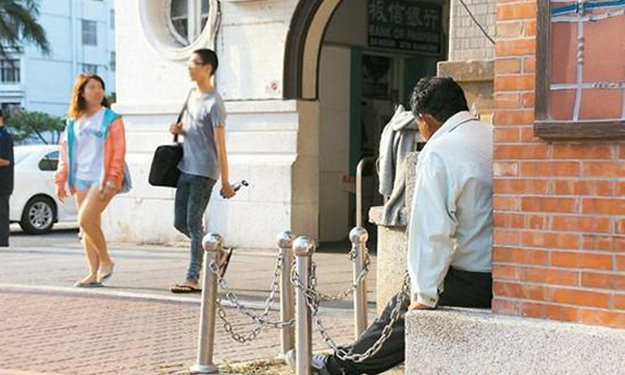 A well-dressed and young Taiwanese guy turned into an old, ragged 'Hobo' -- by waiting at a train station for over 20 years.

According to Chinasmack, the man known as "Ah Ji" had been waiting by the Tainan train station for over 20 years after his 'girlfriend' was a no-show.

The man fell in love with a Tainan woman, and the two agreed on a time to meet at the train station.

He barely speaks now, and if asked about his past, he will say nothing.

His younger brother and family has tried to make him leave, but he refuses to. He just says, "I'm used to waiting."

Social workers provide him with clothes, kind people passing by give him food and he washes in the public bathroom.

Even when the social workers make living arrangements for him, all he says is that he "does not wish to leave".

Some netizens were touched by his dedication to love, while others have said he was a nutcase.

He has been called the human "Hachiko" -- the name of a loyal Akita dog.

Hachiko is famous for waiting by the train station every day for his owner to return home even after the latter passed away.