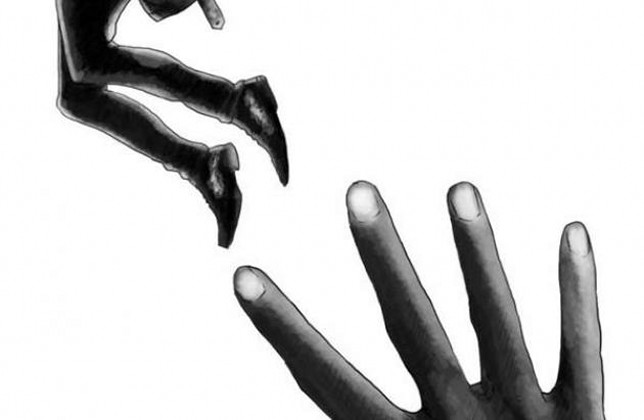 We have been married for over 18 years. It was an arranged marriage. Soon after marriage, he laid down a few rules: we should not get involved in other people's problems, or involve others in our problems. He said he would not like it if I interacted closely with my male friends or relatives. So I distanced myself from them as I respected his wishes.

He is a workaholic and there is little communication between us, though he is a responsible man. We had some issues as his mother abused me emotionally and verbally whenever she visited us. I kept my distance from her.

Three years ago, a female co-worker joined my husband's workplace. He told me she was depressed, and her parents requested for some help and guidance from him. He agreed to help as he liked her as a colleague.

I reminded him of our rule and he said she would be getting married soon and would move away. Yes, she got married but she settled down in another part of town.

Then my husband told me they had built a bond over the years, and he could not just walk away from her. He said he has always wanted a sister or a daughter, and she has agreed to be a goddaughter to his mother. In turn, she sees him as a brother and a father figure.

He wanted to ask her then fiance for permission to be her brother but she told him it was not necessary to ask for anybody's permission. Since theirs was an emotional bond and not a physical affair, she did not see anything wrong with their relationship.

We had a fallout over this. He said he would not give up the relationship with her, for the sake of our marriage or the kids.

To me, this is emotional infidelity. She has moved on to another job but they are on daily WhatsApp chats and have pet names for each other. He enquires after her welfare daily. He is expected to drop everything and rush to her side every time she needs him for something or other.

I tried talking to her but he claimed that I had confronted her, and he walked out of our marriage. It has been a year now and I continue to live with my two boys. He supports us financially as I am a home-maker. He has portrayed me as the jealous, unreasonable and possessive wife to his friends and family.

Lately, he reduced the monthly maintenance, saying that other expenses had cropped up. He has cut off all communication with me and meets the kids outside the house on weekends. I am open to reconciliation - for the sake of the kids - if he is willing to change his ways.Is that a

better option or should we split permanently? Will the kids be able to cope with the situation? Is it all right to put myself first as my teenage sons will soon have their own lives?

You keep bringing up the fact that your husband has broken his own rules. This is true. So, what does this rule mean to you? What does it mean to your marriage? You followed this rule, but there seems to be some resentment on your part for having done so. Why? Are there some relationships you had to forego but did not want to? Were there some things you wanted to do but could not because of this rule? The unfairness of it is now being highlighted by the fact that your husband gets to bend the rules, but not you.

There are multiple issues at play here; the problem does not arise from this situation alone. The situation between your husband and this woman has perhaps highlighted, or even exacerbated, existing problems in your marriage.

Your initial reaction to this situation may have been borne out of jealousy. Yes, there was the unfairness of your husband not following the rules. But perhaps you were also envious of the fact that your husband was attentive to this young woman in a way that he could not be with you.Yo

u describe your husband as a responsible man but not communicative. To see him then being able to dedicate time and invest emotionally in another woman may have, understandably, tugged on some unpleasant emotional strings in you.

If this young woman's problems are as serious as they are made out to be, it is a wonder that professional help has not been sought. Does she not have her own family and social support? If she does not, then all the more she would need the help of a professional who can assist her in developing coping mechanisms to deal with her problems.

It is not fair that her problems should take precedence over you and your family. The young woman's gender is not the problem. The same issues would crop up if it was a man. The fact that she is a woman just adds a certain dimension to the situation. Your husband's need to protect her may not be as strong, for instance, had she been a man.

Having said that, perhaps the problem is not that your husband is giving her this kind of attention. The issue is that your husband has problems maintaining boundaries. As much as he may regard this young woman as his sister or daughter, there is a problem when someone else becomes the main focus and the family members' needs are neglected.

And this is what is happening now. Rather than pay attention and invest time and energy in his marriage, he is willing to give it up for someone else. Worse still, instead of honouring and respecting you as his wife, he maligns you to your own children and family members.

Finally, he even limits financial support to you because "other expenses" have cropped up. This is all very unfair, especially since you are not working and are totally dependent on him, financially.

You are not wrong in putting yourself first in this situation. Your children will be moving on with their lives. Where will that leave you, then? You are open to reconciliation, and that is good. But it will only work if he is able to meet you at least halfway. Do you think he is able to do that? Do you think he will be able to see the situation as arising from anything but your jealousy and possessiveness? Will he be able to take responsibility for some of the things that have happened?

These are the questions you have to consider before you can make a decision. At this moment, perhaps it may be a good idea for you to get back on your feet. It may be beneficial for you to get a job. This will allow you to gain some kind of financial independence.

You should not confront this young woman. She is what she is. Ultimately, it comes down to your husband and how he is responding to her. The problem lies with your husband, not her.

It may be good for you to consult a lawyer before you make a decision. The other option is marriage counselling. Problems like this can be resolved with commitment and dedication to the relationship, with the help of a trained professional. But for this to work, both parties must be equally committed.

Of course, you could just accept what is happening and choose to remain silent for the sake of your marriage. Can you do that? It will be very hard and no one should judge you if you find that you cannot.

The best people to turn to for advice on how to move on are those who are closest to you. Friends and family support is what you need now.

Also, do not assume that your sons may not have a wise word or two in the light of the situation. They have witnessed it unfolding. They may have insights into both you and your husband's behaviours. Also, they would have a say on whether the marriage should continue, and how, or not. After all, they will be affected by whatever decision you make.

Related Stories
'I caught my boyfriend with another woman at his home but he denied having an affair'
Married lawyer suspended for having affair with client after her BF complained
'My hubby goes out with single women -- and he thinks there's nothing wrong with it'
More About:
cheating
confession
marriage
relationships
affair
sex
cheat