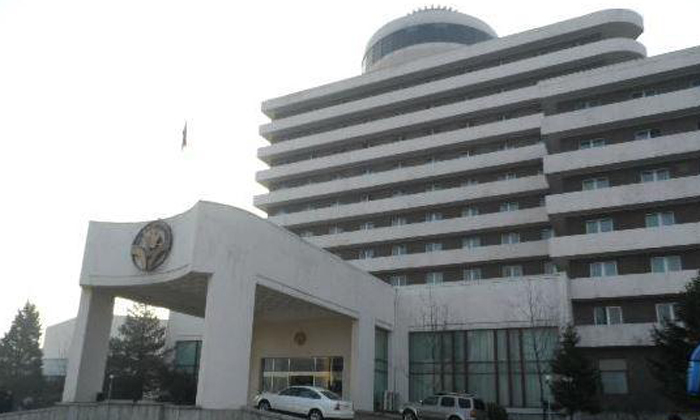 Usually, six stars are only awarded to the best hotels and it usually calls for marble bathtubs, huge rooms and fine art.

However, the six starred Ryanggang Hotel at North Korea had cold showers, run-down and outdated furnishings.

The Hotel is touted by the North Korean government as a "first class" hotel but the reviews could not be any more damning.

Travellers mostly rated the hotel "Average" or "Poor" on TripAdvisor. 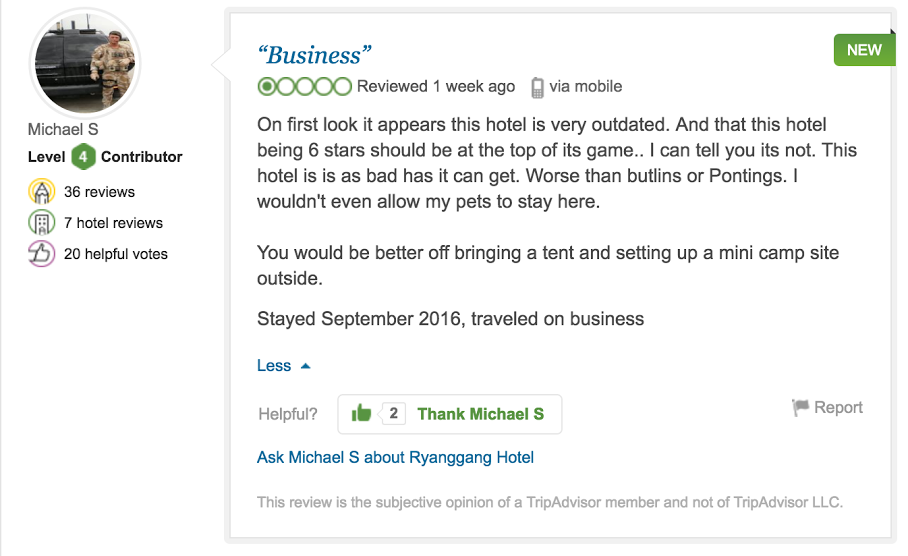 In a country where power outages are a daily affair, it comes as no surprise that the hotel experienced frequent power cuts lasting up to ten minutes.

The reviewers advised future guests to carry torches when walking around the hotel in case of a sudden power cut.

Guests also complained of the lack of heating and hot water. Beds were a wooden plank covered with some cushion so potential guests should consider bringing a sleeping bag for extra comfort. 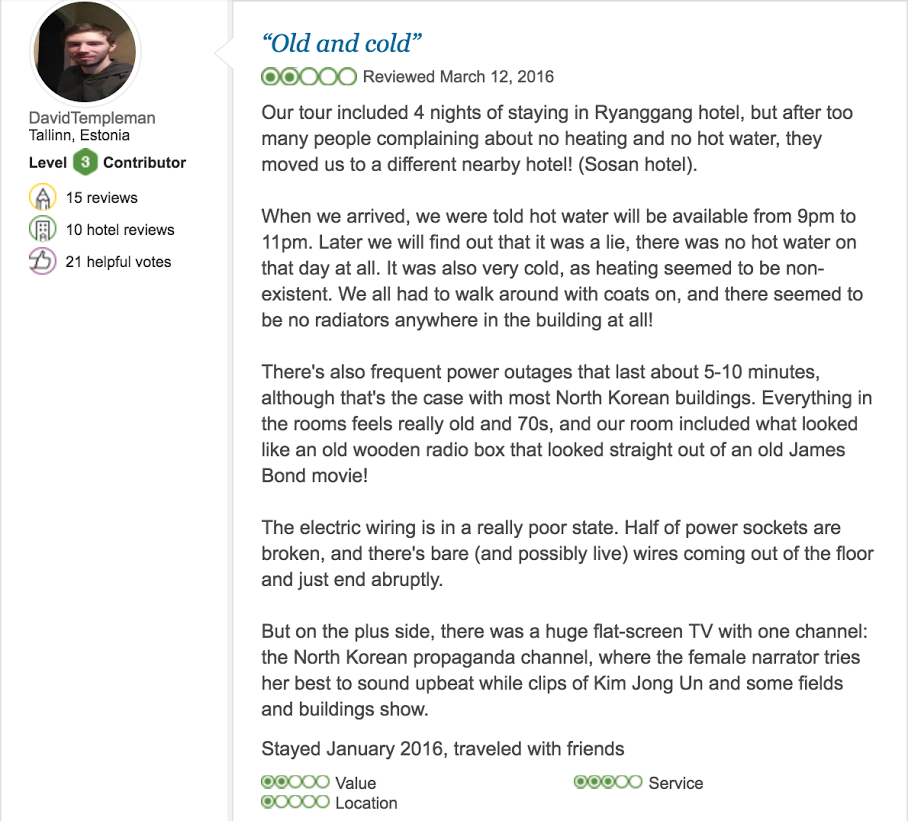 However, some users recommended the hotel for an "authentic DPRK experience" complete with karaoke and a souvenir shop. 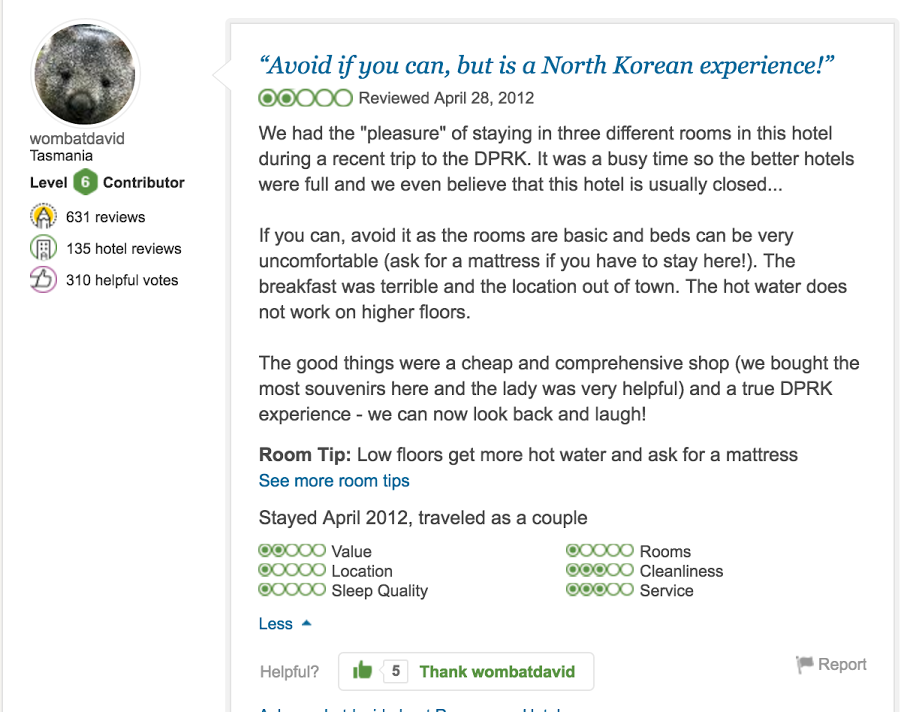 Check out the gallery for more reviews and photos of the hotel.