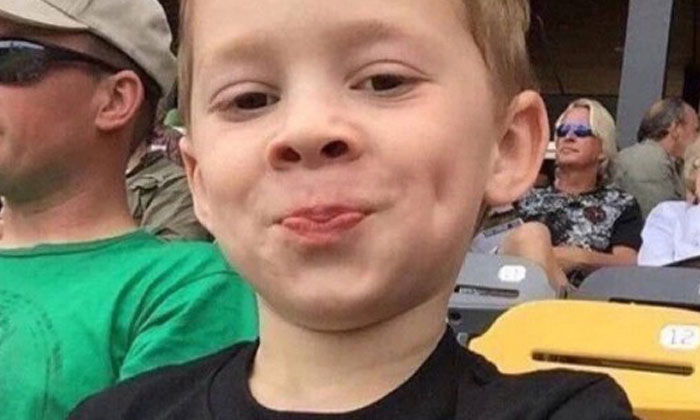 Everyone should be familiar with Gavin -- our little Internet meme superstar.

According to Distractify, Gavin's claim to fame started when he first guest starred in his uncle 's Vines, and everyone went gaga over his facial expressions and throwing arm amongst other things. He then transitioned into the world of memes when his uncle took a video of him with a lizard on his head -- which essentially resulted in this face being screen capped by the masses:

However, not many parents are comfortable with their kids being meme-famous -- but of course Gavin's mum and dad are more than okay with it.

Now six years old, Gavin is regularly recognised by people who often rush to ask for a selfie with him when he's doing chores with his mother around town.

In fact, his family already made arrangements with teachers so that he'd have a relatively normal experience in school.

"If a person comes up to him, he’ll decide if he wants to take a selfie depending on what his mood is, because you just never know with a 6-year -old. We absolutely leave it up to him," his mother Kate told Daily Dot.

Both she and Gavin's uncle, Nick, are the only two official Gavin accounts, but Kate still makes it a point to maintain a very close relationship with other meme and parody accounts that regularly make posts using images of her son pulled from their pages.

"We have the type of relationship where I can say I don’t feel comfortable with that post, or this was a little too out there, and they will immediately take it down. At the end of the day, he’s still 6. There are just some things I do not want his photo attached to."

Kate shares that their favourite encounters has to be with fans. "I’ve heard so many people say they’ve had a bad day and Gavin brings a smile to their face. It has been fun to share a little piece of him with the rest of the world."

But has Gavin peaked before he even knew what fame was? Not at all.

This young man is genuinely funny, and Caryn Model & Talent Management seems to think so as well because they have recently signed him, and the Vine compilation below shows that he was born to make people smile.