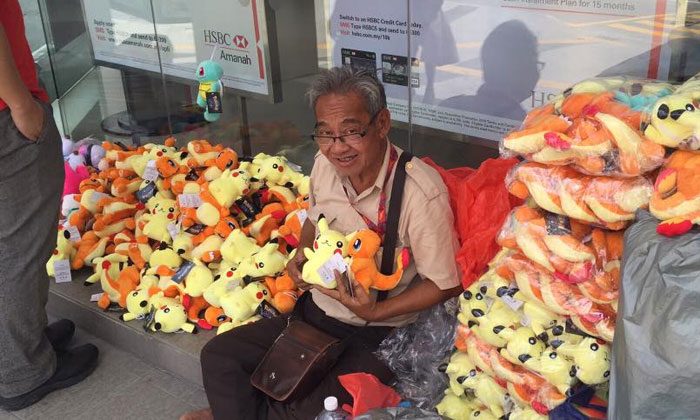 A heartless person ordered 250 plushies from a soft toy uncle in Malaysia but never showed up to collect them.

Uncle David, has touched the hearts of Malaysians with his heartbreaking tale.

He suffers from leukemia and sells plushies to get by.

That's why the heartbreaking image of him being surrounded by hundreds of soft toys has gone viral.

"Please help this uncle, an a**hole ordered 250 pokemons from this uncle but never turned up to collect.

"Please share and help out this poor Uncle David."

Despite his difficult position now with his finances tied, Uncle David still managed to smile for a photo..

Netizens are outraged at the irresponsible man's actions and their hearts go out to Uncle David.

"If you're not going to buy then WTF would you order this many toys??"

"Poor Uncle, I hope he will sell finish his stocks quickly."

Related Stories
Baby with rare liver disease passes away despite best efforts of parents, doctors and good samaritans
Harsh conditions kids around the world have to endure to get to school
54-year-old woman works 2 jobs to support 6 kids: She chalks up $60,000 debt to pay for their education
More About:
heartbreaking
sick
cancer
Malaysia