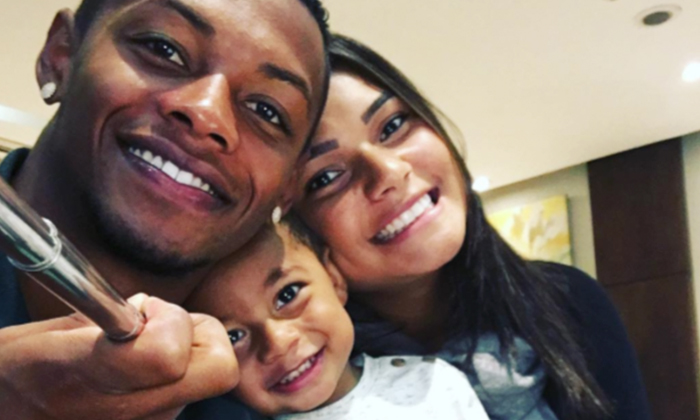 But Ms Amanda Machado was instead left to collect the ashes of the love of her life for the past seven years on Sunday.

The girlfriend of footballer Dener Assuncao Braz - one of 19 players of Brazilian club Chapecoense killed in the Colombian plane crash last week - spoke to CNN of her anguish at losing her husband-to-be.

"When I heard the news, my heart stopped and my world crashed. I wanted to die with him, I wanted to kill myself. I don't want a life without him," she said.

Ms Machado revealed that Mr Dener's last message to her was just before he boarded the plane last Monday, but she did not see it.

"I didn't get a chance to say goodbye, that's what hurts the most," she added.

She now wears her wedding ring on her finger, while Mr Dener's ring hangs on a chain around her neck.

Some 120,000 people - including politicians, athletes and journalists - attended the funeral of the victims on Sunday, which was held at Chapecoense's home ground in the city of Chapeco.

The tragic crash had killed 71 people, including all but three of the 22-man Chapecoense squad.

After the emotional funeral, Ms Machado embarked on a six-hour drive - she refused to take a plane - back to her hometown of Porto Algre for a private ceremony and to cremate Mr Dener, according to CNN.

"He never wanted to be a hero," she recalled of her 25-year-old boyfriend.

"He wanted to be respected. He was in a great phase of his career, his last goal against São Paulo (in a 2-0 win for Chapecoense) was beautiful."

The couple have a two-year-old son, Bernardo, whom Ms Machado says resembles Mr Dener and is the reason she has the will to live on.

"So, a little piece of him remained. I will do everything to raise him knowing that his father was the most extraordinary man," she said.