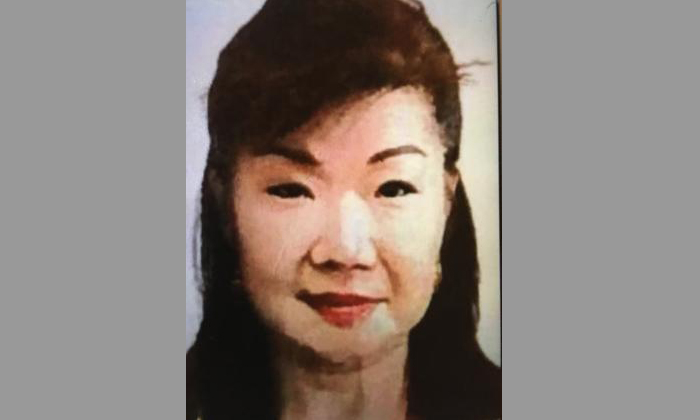 A woman whose body was found in a suitcase at the bottom of a river in Perth, Australia has been identified as Annabelle Chen, 57, who was a reclusive and relatively wealthy artist.

Ms Chen's body was stuffed within a luxury suitcase and discovered by a fisherman in Perth's Swan River on July 2 this year.

According to news.com.au, she was half-naked and had suffered significant injuries. Investigators also found patterned ceramic tiles inside the suitcase, supposedly placed there to weigh it down.

Ms Chen was identified after her daughter reported her as missing. The daughter had travelled to Perth from Melbourne last week as she was worried having not been able to contact her mother since she last saw her in Perth on June 30.

Ms Chen, who is divorced, was reportedly estranged from most of her family, including another daughter who lives in Perth.

"She's got a number of children and (extended) family but it's a very complex situation in relation to the family," Detective Senior Sergeant Tom Mills was quoted as saying.

He also described her as a "private and spiritual" person who visited both Buddhist and Christian churches, The Guardian reported.

The artist was an Australian citizen who had moved to the country in 1999. She spoke English, Cantonese, Mandarin and Malay.

News.com.au reported that she lived alone in a two-storey, four-bedroom home in Mosman Park, which is considered to be a safe neighbourhood.

Police divers also found a scooter with a chopping board in the river, close to the suitcase that contained Ms Chen's body, according to online reports.

They believe the vehicle may have been used to transport the suitcase to the river.

The authorities urged anyone with information about Ms Chen to come forward to help with investigations.