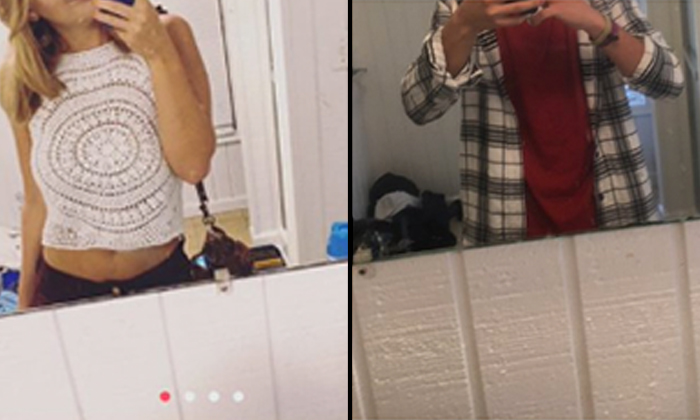 Nineteen-year-old student, Mark Kowalczyk, was swiping through Tinder when he discovered a girl whom he had never met, and that her profile picture was taken from his very own bathroom.

Mark took this strange occurrence to Twitter, and his posting received more than 51,000 likes and 14,000 retweets.

It didn't stop there. Turned out that one of the 'likers' was Jenna Zagrodniczek, the girl herself.

However, instead of clearing this mess up, Jenna decided to have a little fun with the situation by responding to Mark's posting with a picture of herself on his porch -- a photo taken on the same night as her previous photo in his bathroom.

"I assumed that since we had a couple of parties before, it must have been from one of those nights."

Jenna later confirmed this and revealed that the pictures were taken at one of his house parties.

Related Stories
The question is... will she miss her flight?
These are the weirdest things people are 'smoking' these days
Holy 'frap'! 'Starbucks uncle' sipping coffee during Hong Kong flood goes viral
funny
twitter
Tinder
Teens
bizarre
unusual
Guy finds out stranger's Tinder profile picture was taken from his bathroom