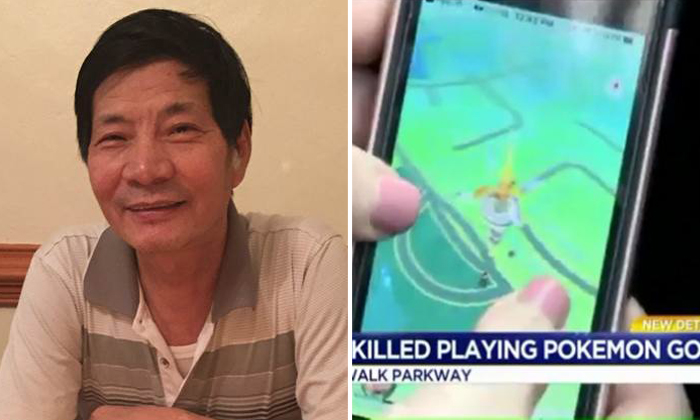 The guard who fatally shot a a Chinese American grandfather in Virginia has claimed he did so in self-defence, after the 60-year-old tried to run him down with his mini-van, according to the lawyer engaged by his company.

Attorney Andrew Sacks said at a news conference on Feb 6 that the guard was "faced with an immediate threat to his life and safety" when he fired at Chen Jiansheng, while he was reportedly playing Pokemon Go in his vehicle on the night of Jan 26.

They had argued and the guard fired through various windows of the van, police said, reported The Virginian-Pilot. Chen, a retired restaurant owner, died on the spot, minutes before the eve of Chinese New Year.

Despite claim of the guard acting in self-defence emerging, the incident has triggered protests for justice from the Chinese American community, calling for authorities to investigate the case thoroughly.

During Monday's news conference, more than 60 people gathered in support of Chen outside Sacks' office, holding placards that read: "Justice for Grandpa Chen" and "No license to kill".

Harry Zhang, president of the Organisation of Chinese Americans, Eastern Virginia chapter, told The Virginian-Pilot the group wants justice to be served.

So far, the guard has not been named or charged as the police are still investigating.

Relatives and Chinese Americans have pointed out that Chen was unarmed when he was killed, and that security officers were not supposed to carry arms when patrolling the River Walk neighbourhood in Chesapeake where the Chen family has a house.

The estate management has since suspended the services of the security company, Citywide Protection Services.

Greg Sandler, the lawyer for the Chen family told The Virginian-Pilot he doesn't think self-defence is a reasonable claim in the case "and the deference owed in a police shooting simply does not apply here".

People's Daily reported that the incident sparked the formation of chat groups on social media platforms, such as WeChat, calling for an impartial investigation of the shooting.

"I can't sleep after hearing about the tragedy. I fear my family members may become the next victims," he said.

"Civil Rights," a WeChat public account founded in 2013 to support the legal rights of Chinese Americans, has also called for members of their community to support Mr Chen and his family, said the China news site.

Alexandra Shi, a Chinese student in New York, told People's Daily: "The incident was reported by mainstream media in the US a week after it occurred. It seems to me the public didn't pay much attention to the tragedy because the victim is a Chinese American. More people should know about this incident and justice should be given to the victim."

Chen's nephew gave a statement describing his uncle to the media:

"My uncle, Jiansheng Chen was a kind, wise and caring family man. My uncle isn't the smartest person I know but definitely one of the wisest I know. It is a story told by my grandmother when I was younger that my uncle dropped out of school shortly after grade 6, not because he didn't want to continue his education but to support his family and at age 14 he did so as a mine worker during a rough time shortly after Chinese Revolution. It is a reminder for what he had sacrificed for us and a motivation for our education.

He is a man with few words but proves himself with actions from time to time. He never talks about his past or his sacrifices and constantly moving forward. He was the first from my family to immigrate from China to the United States of America, 28 years ago in pursuit of happiness and religious freedom. He always knew that what he had to do was to work day and night. He saved money for the family to have a better life and move to USA.

Today, my family from grandparents, their brothers and sisters (my grand-aunts and great-uncles) to all my cousins, we are either U.S citizen or green card holders, all because of my pioneer uncle.

My uncle was the first Mongolian restaurant owner in Hampton. Although he is no longer in the restaurant business, he continued many and including his brother and daughter's restaurant with his expertise.

My family is from Fujian, China, which is a coast city. We grew up eating seafood and my uncle loves to fish. As a retired man, he went out to fish from time to time and shared his catch with family. He is a man with loving heart and being loved by many. Everyone enjoys his presence and his unexpected visits which we will never see again."