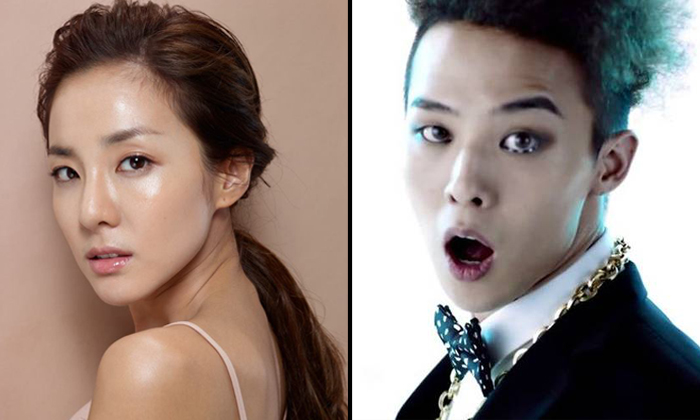 Fans of G-Dragon and Sandara Park are going wild over videos that were posted after BIGBANG’s concert in Seoul last night, which have fueled #Daragon talks.

In the videos, G-Dragon is seen protecting Dara from an enormous crowd as he walks her carefully towards their company car.

While the girl cannot be 100% identified as Sandara Park because she is covering her face, photos of Dara at the BIGBANG concert seem to confirm it is her.

After the concert, BIGBANG is seen exiting the venue from a back exit where an enormous crowd of VIPs are waiting for them, reports Koreaboo.

The boys' bodyguards can be heard loudly yelling at fans and while the rest of BIGBANG walk on ahead, G-Dragon is seen at the back holding Sandara Park very closely.

Fans are quick to notice that during this video, it looks like G-Dragon also kissed Sandara Park on the head! The scene only lasts for a few seconds, however.

This clip does not make it clear that the woman is indeed Sandara Park, but in another video shot by fans, her hoodie drops down for a split second.

In this second, you can see that the girl's hair is exactly the same style as Dara's. It is blond and styled in a ponytail, the same as in a photo of Sandra Park by a friend.