From checkpoints to exhange rate and transport: What Malaysians dislike, and like, about working in Singapore 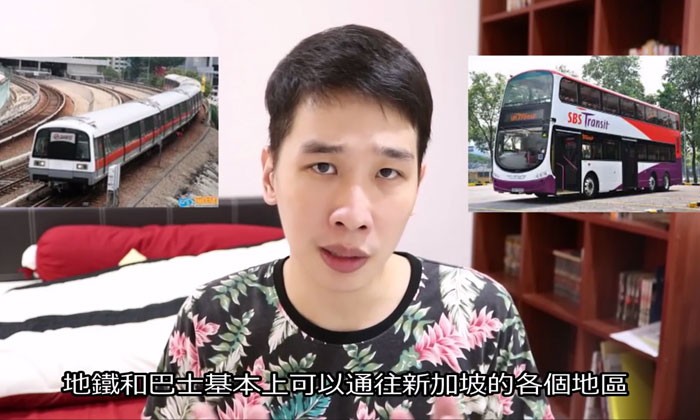 Having to live with strangers and the seemingly never-ending traffic jams across the causeway are some of the frustrations faced by Malaysians working in Singapore.

In a video uploaded to YouTube channel JerryOppa Tv, a vlogger known as Jerry lists five things that Malaysians do not like about working in the city state.

Part of the trouble comes from renting a room in Singapore, as regulations imposed by the landlord, or differences with one's housemates may cause plenty of inconvenience.

He also debunks the common misconception that a Singapore income goes a longer way in Malaysia due to the exchange rate. "Due to the depreciation of the ringgit, the cost of many things in Malaysia has actually risen. What's more, we also have expenses in Singapore," he explains.

Among other problems, Jerry said that the biggest issue faced by Malaysians working in Singapore is the causeway jams. "It is not that I think Singapore's transport system is bad, but the congestion at the checkpoints and on the causeway is just unbearable at times," he says.

"Just going home feels like you are going into a warzone," he quips.

But in spite of these frustrations, a video posted a few days later on the same channel lays out the continued appeal that a job in the city-state holds for its neighbours to the north.

In the second video, Jerry highlights Singapore's developed public transport system, saying that MRT and buses make it easy to travel to almost any location.

He also praises the efficiency of Singapore's government, and its efforts in encouraging the upgrading of workers' skills.

Another plus point is the country's security. "You feel safe even if you are out alone late at night, and don't have to worry about being robbed," he says, adding that the country's stable political situation ensured that Malaysians who work in Singapore tend to have a sense of job security.

The cultural similarties between both countries and Singaporeans' civic-mindeness are also pull factors.

To illustrate his point, he recounted his personal experience of losing his wallet.

"I thought I probably would never be able to get it back, but the very next day I received a call from someone saying that they had picked up my wallet. I was obviously very happy and thought of setting up an appointment to retrieve the wallet and also to thank them. But instead, the other party personally returned the wallet to me," he recalled.

He also cited a number of other positive habits held by Singaporeans, such as giving up seats on trains and buses to those in need, as well as standing to one side when travelling on escalators.

"These examples all left me with the impression that Singaporeans really do have a strong sense of civic-mindedness and graciousness, and this is something that we [Malaysians] can definitely learn from," he said.

The videos come just a few months after a Facebook post on the same issue by Malaysian Verna Ling went viral. Ling had said then that she missed home and had to eat instant noodles to save money while working in Singapore.

Related Stories
That's not cool, bro! Malaysian S'pore PR curses Singaporeans to be infected by Zika virus in rant on Facebook
We can all learn from this kind foreign worker who helped old woman cross the road
Brave S'pore girl stands up for foreign worker who was verbally abused by racist uncle on bus -- while others simply kept quiet
More About:
Malaysia
Malaysian
singapore
foreign workers
youtuber talks about malaysian working in singapore