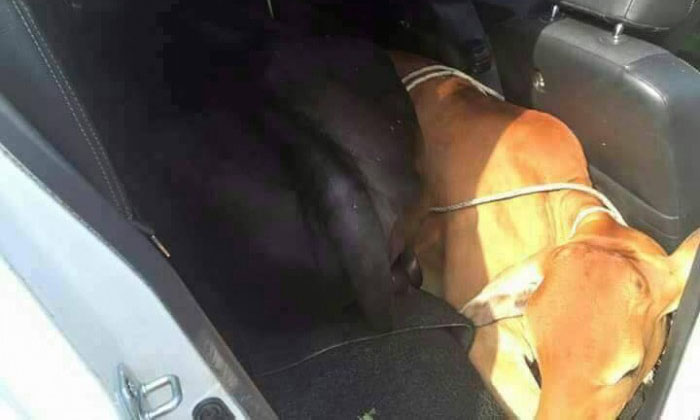 A farmer and two friends prevented thieves from escaping with his cows by forming a “mini blockade” in Malaysia.

The thieves initially shoved the animals into the back seat of a Perodua Bezza in Port Dickson, Negri Sembilan, on Sunday.

Farmer Chukuni Ali, 63, and his friends placed rocks in the middle of the road before parking his motorcycle there to block the exit.

“We stood there and they tried to run us over, but we dodged their car.

“They then knocked the motorcycle over and swerved to the left before falling into the ditch,” he said.

Following a tussle, the duo managed to escape in a van that was waiting at the main road, reports The Star.

Port Dickson OCPD Supt Adzli Abu Shah said police were on the hunt for the suspects.

Related Stories
Robbers get a shock after Australian shopkeeper turns on them with makeshift flamethrower
Charged: Suspected thief who was chased by maids and nabbed by heroic passer-by at East Coast
20 heartbreaking confessions from robbery victims
Three members of public get public-spiritedness award for helping to nab snatch thief at Marsiling Lane