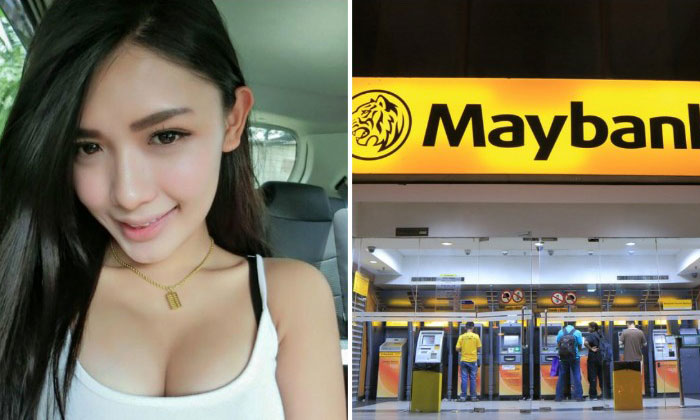 Visiting the bank is often a bad experience -- not only do you have to spend hours waiting for your turn, but customer services can be a pain too. Just what we needed huh?

In fact that is what happened to this man who visited the Maybank outlet in Nusa Bestari (Johor) reported The Coverage -- he had a really bad encounter with one of the staff members there.

Sometime last month, he went over to activate his debit card but was attended by a staff member who was rather impolite. According to the report, she did not even help him. Instead she told him to activate it at the original branch he signed up at.

Annoyed by the service over at Nusa Bestari, he went back to the Bukit Indah Aeon outlet. And this time, the girl at the counter solved his problem in under a minute! And she even taught him to change his ATM card password as well -- how efficient is that!?

A month later, he went back to the same branch to open up a fix account and was once again greeted by her amazing efficiency.

And this man was not the only one who found her so kind and efficient; when he posted about his encounter on Facebook along with a picture of her, many netizens shared their similar experiences via the comments.

"Other staff members take three hours to get the job done, but she only needs three minutes. I really love her!"

"Not only is she beautiful but her service is really efficient too! Amazing!"

While some others were so eager to go down to set up a bank account at the branch she worked at immediately.

"Okay, I'm going down to the Bukit Indah branch tomorrow to create an account."

According to the report, the gorgeous staff member was also a famous person online with more tan 5k followers.

What a kind-hearted beauty huh?

Check out the gallery for more pictures of this beauty!