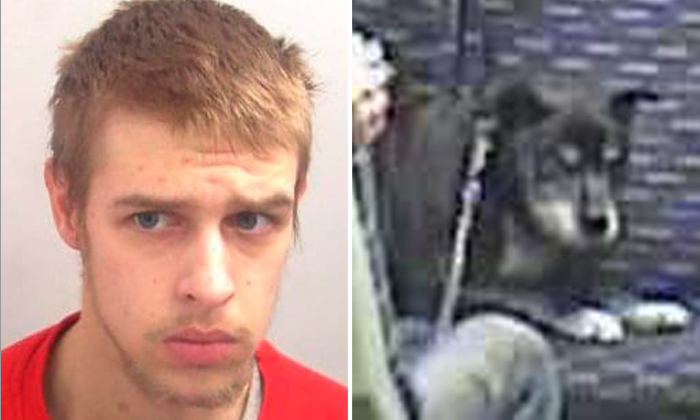 A guy was caught on camera viciously abusing his Staffordshire Bull Terrier on board a tran in Essex, United Kingdom and causing it to die three days later.

According to a report on UNILAD, the abuse started at around 10.30pm on Oct 10, and lasted for about 20 minutes.

Kieran Milledge had picked Ronnie up by the leash and smashed it into the side of the train, before pushing his feet into the dog's head and crushing it against the opposite chair.

He then threw the canine six feet (around 1.82 metres) down the train carriage.

The animal suffered so much pain that it defecated on a train seat and died three days later.

Train staff were left horrified by CCTV footage of the incident, which has been circulating online like wildfire.

Kieran was later identified and had to be kept in police custody for his own safety after receiving numerous death threats.

He pleaded guilty to causing unnecessary harm to an animal, despite his lawyer claiming that he had been "drinking heavily that day and has no recollection of the incident."

Kieran has been sentenced to jail for eight months.