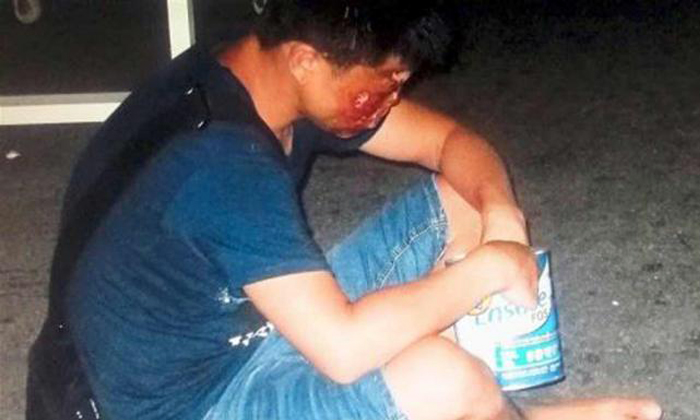 They are cripples, with their faces disfigured. They beg for money from the many Malaysian and foreign tourists who throng this historic city.

And they are also part of a huge organised gang run by two brothers from China.

The gang consisting of a number of local accomplices is said to have its tentacles in many places in China, especially in Dongguan and Zhengzhou districts.

The gang brings these crippled individuals to Malaysia on tourist visas and makes them beg in holiday hotspots throughout the country.

At the end of the day, they are put up in hotel rooms or homeshare units - like any other tourist - but much of the money they get is handed over to the gang's leaders here.

The Star's team trailed two beggars from the iconic Jonker Walk here for two days from Friday night and the trail ended in Petaling Street in Kuala Lumpur on Sunday.

From observations made in Kuala Lumpur, some 30 physically disabled and disfigured individuals were seen converging at a budget hotel in busy Petaling Street.

Hours later, a burly looking man, believed to be one of the brothers, was seen collecting the cash from the individuals before leaving the hotel. The beggars returned to their rooms.

Our team tried to take pictures at the hotel but gang members were seen lingering around and keeping watch for outsiders.

However, we managed to talk to two beggars with the help of a local restaurant worker who could converse in fluent Mandarin.

The first beggar identified himself as Xiu Yuan, 33, and claimed he was born a healthy child but was crippled by the organised crime gang in China.

"It's a large and powerful gang with connections in Malaysia that keeps watch on us," he said while looking around to make sure we were not being observed.

Xiu Yuan claimed he was crippled by the gang when he was a child and kept captive for many years before being allowed to travel abroad.

The gang leader, known to them as "Tahkeh" is in China, and only allowed "senior" beggars to travel abroad after they have earned his trust.

"Back in China, there are many beggars who are suffering in the clutches of this gang," he said.

Xiu Yuan also revealed that the gang in Malaysia was controlled by the younger brother who brings in new faces into the country each month while sending earlier ones home.

"After two months, we come back here and continue begging. We have been doing this for many years," he said.

Xin Yuan was joined by a friend who identified himself as Do Feng, 30 from Zhengzhou.

Both said the leader would hire taxis and and send them to various tourist hotspots in Kuala Lumpur, Johor Baru and Penang.

"We travel in taxis and the fare is taken care of by our leader. Our job is to collect a minimum of RM1,200(S$395) a day after going out of our base in Petaling Street," he said.

From the amount, the leader takes 50 per cent of the day's collection and 10 per cent for the taxi fares if the minimal amount is achieved. The beggars get to keep the rest.

Do Feng said one beggar could make up to RM3,000 during weekends depending on the number of tourists. Then, the leaders would take RM1,500 plus the taxi fare.

However, Do Feng said how much they could get often depended on the degree of their disabilities that could elicit sympathy from passers-by.

Do Feng said that at the beginning of each week, the leader would hold a meeting with them and assign them to various destinations.

"Sometimes, if we are assigned to Malacca, we stay for two days at a house in Kota Laksamana that is rented by the leader. We come back to Petaling Street after we have collected what is expected of us," he said.

On weekdays, he said most of them are concentrated in big cities like Kuala Lumpur and Penang.

"Malaysia is our second home. We come here frequently and stay for a month before returning," he said.

Both Xin Yuan and Dong Feng admitted that after each begging session here, they would unwind at massage parlours in Petaling Street.

"Because we are crippled, masseuses would never want to get close to us. We need to pay more for their services," he said.