Dad trolls daughter by recreating her selfies, ends up with more followers than her 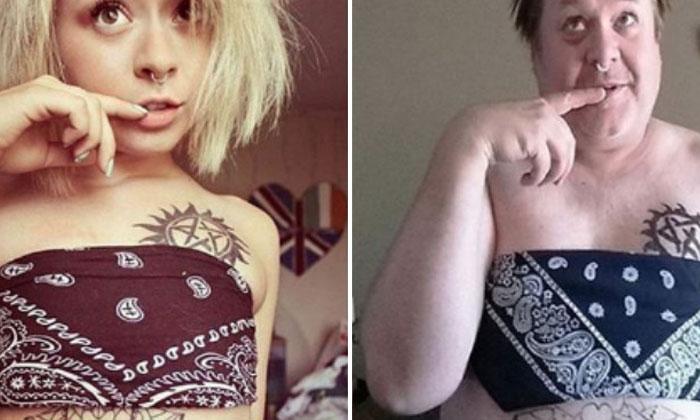 Chris Burr Martin, 49, first became a viral hit a couple of days ago after he decided to impersonate his daughter Cassie, 20, at her own selfie game -- and embarrass her by recreating her sexy Instagram shots, reported ViralThread. And he had only 49 followers when he first started.

Once news of Chris' hilarious antics began to spread to news outlets and websites worldwide, he suddenly found that his followers grew past 39,000 followers. At present, he has 71,3000 followers -- outweighing his daughter by almost double.

In another, Chris outs Cassie as being a Twilight fan. Can it really get any more embarrassing than that?!

Related Stories
Tourist destroys 18th century statue by taking a selfie in a museum in Lisbon, Portugal
19-year-old Russian teen falls to his death after taking selfie on roof of 9-storey building
Woman's selfie of 'ghost' in her car is so freaky
funny
dad
daughter
youths
selfie
teenager
famous
hilarious