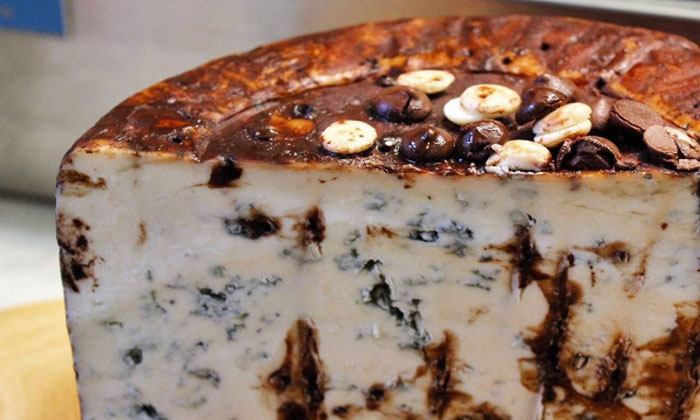 Well seeing how it sold out, this dubious creation is probably the former.

This so-called chocolate cheese has an official name: Choco 21.

Created by dairy specialist Curds & Whey in Melbourne, Australia, this cheese is actually made from Italian blue cheese: One of the stinkiest cheeses around.

According to Mashable, each cheese has been ripened in a chocolate liqueur, then rubbed with cocoa and decorated with chocolate chips.

Anna Burley, owner of Curds & Whey, told Mashable that the chocolate cheese isn't as intense as one would imagine.

"The blue itself is quite mild, and the liqueur adds the chocolate flavour without being sweet," she said.

"The customer reaction to the product had been very positive before the post went viral, we had been expecting it to be popular but were surprised at just how much of a conversation starter it has proved to be."

Sounds crazy, but maybe we should take the reactions people had on Instagram when Curds & Whey announced that the cheese was sold out into account.

Many replied with sad face emojis and someone said "oh no".

It is clearly popular, but this is only available in Queen Victoria Market in Melbourne, Australia.

Thank goodness? Or is it an "oh no"? What do you think?

Related Stories
Period pains? There's a new chocolate in town to solve all your problems
Brazilian guy sells chocolate to raise enough money to marry S'porean girl: 'People thought I was crazy'
The world is running low on hazelnuts, could this be the end of Nutella!?
food
chocolate
cheese