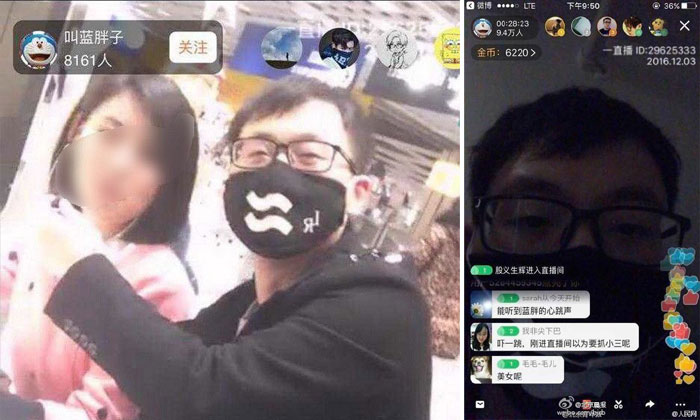 A couple tried to hide in an Ikea outlet in China but were busted by the security guard.

On Dec 3, Xiao Zhao and his female friend waited till Ikea was closing and hid in a cupboard to live stream the experience.

According to Beijing Evening News, there were around 8000 viewers by 9pm following Xiao Zhao, who live streams on Yi Zhi Bo (一直播) as "I'm Blue Fatty" (叫蓝胖子), on his 'challenge'.

However, at around 10.10pm, Ikea workers realized there were intruders and it only took security guards 10 minutes to find them.

They continued to live stream even after being caught, as the security guard questioned them and reported them to the police.

Only at 11pm did the police realize that they were still live streaming and ordered them to stop the stream and subsequently delete the broadcast.

This incited a lot of comments from netizens. Xiao Zhao said that he saw western streamers doing the same thing and wanted to try it out himself.

He also explained that he was in shock when confronted by the police and forgot that he was still live streaming.

Xiao Zhao claimed he only earned about 100 Yuan (S$18.98) from the stunt because he had to delete the broadcast, cutting off the possibility of earning more from people tuning in later.

Ikea said it would step up security to prevent similar incidents from happening.