Couple spend $300,000 on surgery to look like their idols Barbie and Ken 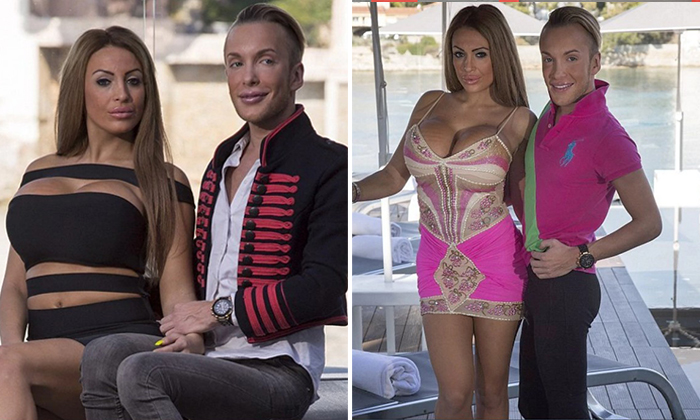 For generations, girls grew up idolising Barbie and fantasising over having a partner like Ken.

However, these two went all out to achieve those fantasies.

Anastasia had 100 dolls during childhood and as she grew older, her 'body image issues' led to her changing the way she looked so as to better resemble the doll.

By the age of 18, she had undergone a nose job and breast augmentation at her parents' expense, reports 22 Words.

Similarly, Quentin collected Ken dolls as a child and paired them up with lavish accessories like cars, planes, and beach houses.

Inspired by Ken's looks, his parents bought him a nose job and botox injections that cost over $4,000.

He then opened a cellphone store and enjoyed some success that brought him closer to his 'plastic dream' of looking like a Ken doll.

Their first encounter was at a boat party in St. Tropez, where Quentin was positive that he had 'found the Barbie to his Ken'.

Their relationship is like no other, where they consistently encourage each other to look like their doll counterparts.

They insist that their love is real and would like to have children one day.