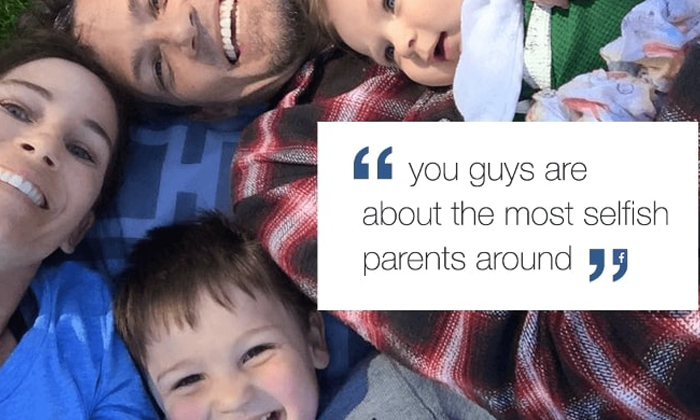 If the Internet enjoys anything more than body shaming women (and staring at cats), it is parent shaming.

It seems like no new, or even seasoned, parent can make a decision without the judgment of others.

According to Distractify, newest target in parent shaming is none other than a couple who just wanted to give their kids a happy upbringing at the beach.

Mike and Kelly Brüning live in San Diego, California with their two adorable boys in a two-bedroom apartment in mission beach that Mike and Kelly have called home for the last nine years.

But these days, no parenting decisions go uncriticised. The parents received the following letter in the mail:

It's important that you know that you guys are about the most selfish parents around.

Because you like the beach, your boys are trapped in a tiny, one bedroom upstairs apartment.

Kids need a yard to play in.

A swing set, or trike to ride when they want to, not just when it's convenient for you.

I don't know this, but I doubt either of you had to grow up under these conditions.

The Brünings took to Facebook to share about the letter, and hundreds were outraged by the blatant parent shaming.

As the Brünings' story has circulated, people have taken to the family's Facebook page to share their own stories of close-quarters living.