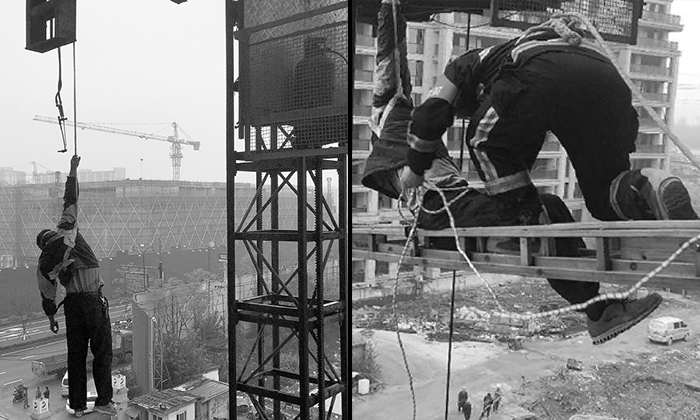 A construction worker was left suspended in mid-air by a safety rope after he slipped and fell from a seven-storey tall crane while attempting to dismantle it at Hangzhou, Zhejiang province, on Sunday (Dec 4).

According to The Straits Times, the man, surnamed Xu, was from Anhui province in eastern China.

He was suspended about 20m from the ground by the safety rope for about 20 to 30 minutes. The jerking of the rope around his chest broke two of his ribs and cracked another two.

When the firefighters arrived at the scene, they saw Xu hanging by a single rope with a pool of blood below him.

He could barely respond to them.

The firefighters tried to get a ladder truck to Xu, but it could not fit into the space at the site so they straddled a 9m-long ladder between the building and the crane.

A firefighter told the Qianjiang Evening News: "I tied another safety rope around him, and checked many times before I cut the rope that was holding him. Then I carried him and walked back."

Xu was then taken to hospital and was recovering when reporters visited him on Tuesday.