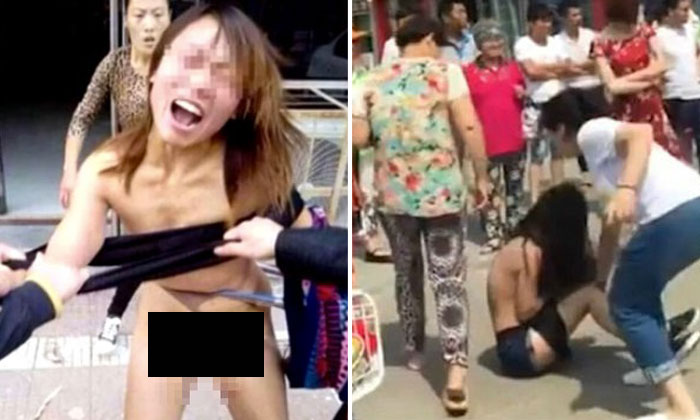 A woman has been 'helping' Chinese wives get violent revenge on their cheating husbands' mistresses over the past decade.

According to Shanghaiist, The Global TImes published a disturbing profile on the woman named Zhang Yufeng.

She has helped thousands of women collect evidence for court cases of their husbands' infidelity and has also taught them how to beat up and humiliate the other women.

She is popularly known as the 'mistress killer' and was inspired to start this 'business' after her own husband cheated on her in the 1990s and asked for a divorce.

"I curled up on the couch for a week. When I finally went out, my hair had become gray and people said I looked as if I'd lost more than 10 kilograms."

Instead of wallowing in self-pity, she tracked down her unfaithful husband and his mistress as they moved from house to house trying to escape from her.

Soon, an old woman approached Zhang asking her to help her daughter who had gone into depression after her own husband had been caught cheating.

However, the woman took her own life before Zhang could help.

When she asked the woman's mother why she could not take her son-in-law to court over her daughter's death, the woman said that she did not have any evidence.

That was when Zhang found her purpose in life:

"I told the woman that I would ruthlessly exterminate those men."

She now owns a property in Beijing where she shelters women who have been kicked to the curb by their husbands who turned to their mistresses.

She says she receives over 100 calls a day from desperate women.

Chinese netizens have expressed outrage at why women are taking their anger out on mistresses instead of their cheating husbands, following the circulation of viral videos showing women beating, stripping, slapping, kicking and humiliating suspected mistresses in the street.

Zhang, however, has no sympathy for these mistresses and says she wants to treat them just like "Japanese devils" and "chop off their head with a sword."

"Those who don't dare to beat will develop diseases including esophageal cancer, uterine cancer, lung cancer," she said, explaining that beating mistresses helps wives vent their anxiety and emotional pain."

Related Stories
China wife takes revenge by spray painting 'mistress' on husband's lover's car
'My husband was having an affair with my friend and her hubby told me'
'My husband cheated on me, so I got back at him by having an affair too'
'My husband ran off with my best friend -- and her partner was the one who told me'
fight
cheating husband
cheating
caught cheating
relationships
assault