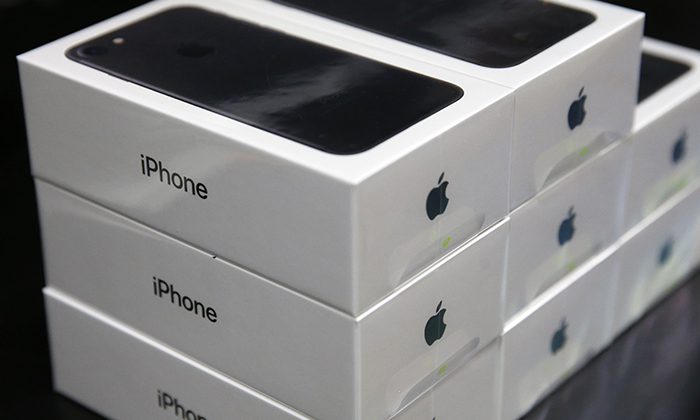 A Chinese woman from southern Shenzhen, going by the moniker of Xiaoli, recently came under the spotlight for asking each of her 20 boyfriends to buy her the new iPhone 7, and then selling all the phones to buy a house for herself.

Her story went viral after her friend who goes by the username Proud Qiaoba posted it on a forum, according to The Star Online.

Apparently, Xiaoli had shown her friends her new house and told them how she had obtained the money to buy the property.

Said Proud Qiaoba: "Everyone in the office is talking about this now. Who knows what her boyfriends think now this news has become public."

Proud Qiaoba also revealed that Xiaoli is not from a wealthy family; Xiaoli is the eldest daughter in her family and her mother works as a housewife while her father is a migrant worker.

Proud Qiaoba exclaimed: "Her parents are getting old and she might be under a lot pressure hoping to buy them a house... But it's still unbelievable that she could use this method!"

Netizens online have spoken out about Xiaoli’s actions, with some expressing surprise at Xiaoli’s resourcefulness and the impressive feat — given that the phone was only launched recently.

One user wrote: "I can't even find one boyfriend.  She can actually find 20 boyfriends at the same time and even get them to buy her an iPhone 7. Just want to ask her to teach me such skills."

Others have slammed Xiaoli for being immoral.

Another user commented: "She(Xiaoli) is the most shameless person."

Some also suspect that the entire story was fabricated and a marketing ploy mobile phone recycling business Hui Shou Bao.

The company also confirmed that they had purchased 20 iPhone 7s from a female client at about 5,750 yuan per phone.

BBC confirmed that the company had purchased 20 iPhones from a female client at the start of October, paying about 5,750 yuan for each phone, but a request to interview the female client suspected to be Xiaoli was rejected.