Chinese joker thought it would be funny to put ring on private parts... until firemen had to be called in to help remove it 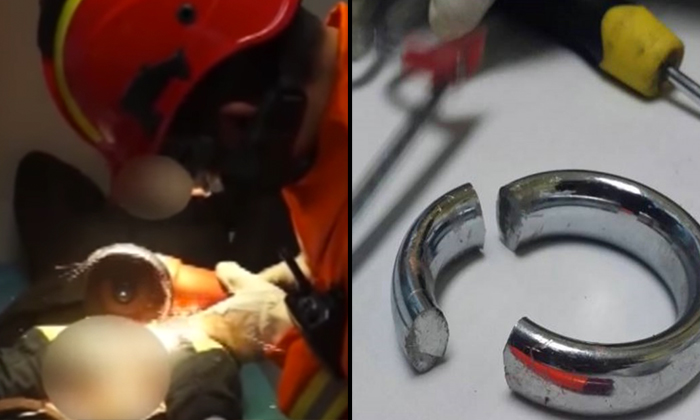 A 50-year-old Chinese man from Sufian, China had to be rushed to hospital after putting a ring on his manhood and getting it stuck there after leaving it overnight.

The man told the doctors that he had placed the ring there for fun before going to sleep, reports The Coverage.

When he got up the next day, his privates had become swollen and he was no longer able to remove the ring.

He was subsequently rushed to the Dong Feng Hospital where the doctors tried removing the ring using a pair of pilers, but to no avail.

After multiple unsuccessful attempts, the doctors called a nearby fire station, who dispatched firefighters down.

Using an electric saw and plenty of water, the firefighters managed to free the man’s manhood after 20 minutes.

Fortunately, there was no permanent damage on either man or his hood.

Watch the suspenseful operation procedure below.