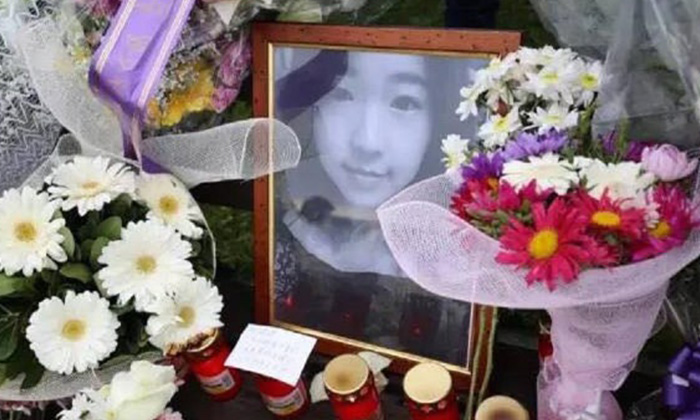 In Rome, a 20-year-old Chinese exchange female student was chasing after her 1,000 euro ($1, 514.49 SGD) designer handbag, when she was tragically killed by an oncoming train.

According to Shanghaiist, Chinese embassy consular director in Rome, Li Fan, confirmed on Friday that the body of 20-year-old art student Zhang Yao had been identified by her parents.

Zhang was robbed last Monday after going to get her visa renewed in Tor Sapienza, an outlying area of Rome.

Local police say that Zhang may been targeted by muggers while waiting in line at the Via Patini immigration office because of her 1,000 euro designer handbag, Xinhua reported.

The last person to have any contact with Zhang was her roommate Zou Xiao.

Zhang called Zou and told her that her handbag had been stolen. Zhang said she was chasing after three men, one of whom had her purse.

Zou told investigators that she tried to talk Zhang out of chasing after the robbers because they had made off with her bag, but not her documents.

At one point, Zhang reportedly told Zou, "I'm lost, I don't know where I am," before a loud noise ended the call.

After the call, Zhang completely vanished.

Even with the use of helicopters and police dogs, the woman could not be found, until a staff of an industrial warehouse recalled hearing screams.

A review of the warehouse's CCTV cameras revealed that a young woman had been running down some nearby railway tracks on Monday.

Zhang's body was eventually found on Friday, under a bush by the side of the railroad tracks, just 800 meters away from the immigration office she had visited five days before.

Injuries sustained to her body suggest that Zhang had been killed by a violent impact.

Initial police investigation suggested that Zhang had been killed by a passing train.

"Our community is angry," spokeswoman Lucia King told the Adnkronos news agency. "It is absurd that a person can be attacked in broad daylight, near a police station. How is this possible?"

The Chinese embassy in Rome urged Chinese students in Italy to double their vigilance.

The daughter of a Inner Mongolian businessman from Hohhot, Zhang came to Rome in March of this year to study at the city's famed Academy of Fine Arts. She hoped to become a fashion designer.

The three robbery suspects are still at large.