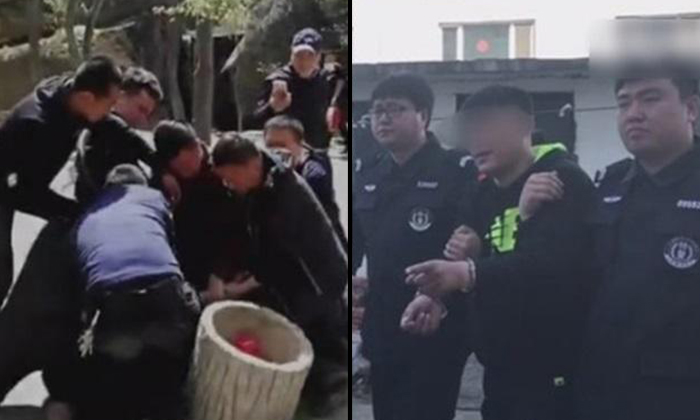 A man from the Huachuan County, Heilongjiang province in China, got into an argument with his girlfriend on April 20, and killed her.

After committing the heinous act, he jumped from the third storey and stabbed himself twice with a knife.

Miraculously, he managed to survive despite the injuries and even evaded the police, reports Lianhe Wanbao.

The man later purchased some threads and stitched up his own wounds.

According to the Chinese media, the culprit was on the run for seven days, before the police finally arrested him last Thursday, April 27 at the Hunan Phoenix Mountain National Forest Park.

Local police told the media that the man had a military background and was trained in jungle warfare, possessing ‘superb knowledge of military tactics and survival skills'.

The suspect even managed to stitch up his wounds while he was on the run.

He also threw his phone to avoid being tracked.

In light of these claims, some sceptical netizens speculated that the police were only exaggerating the details in order to make themselves look good.

“This kind of thing can only happen in a television drama.”