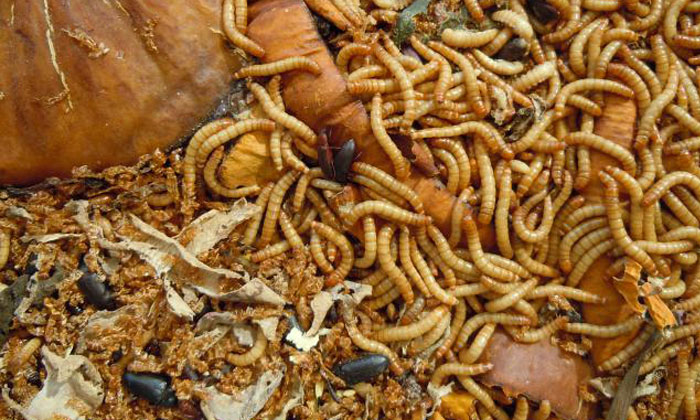 Think standing in the corner in front of everyone in class is a horrible punishment? Well would you rather down a mixture of insect larvee and alcohol instead? These people do not have a choice.

According to Shanghaiist, this is how a sales group in Hanzhong, Shaanxi province punishes its employees for not meeting sales quotas -- by making them eat a vile concoction of mealworms and alcohol.

This bizarre spectacle took place in a plaza in downtown Hanzhong where 60 young employees were gathered for a meeting, reported China News Service. According to witnesses, the group was approached by a man carrying bags containing the worms, chopsticks, cups and a few bottles of baijiu -- an infamously strong Chinese alcoholic beverage. Those employees who had failed to meet their quotas were then called up by a leader of the sales group and forced to swallow the mixture of insect larvee and alcohol.

Five to six workers were seen accepting the punishment, with one pregnant woman backing out due to concerns for her unborn child. Workers had to eat four worms for every customer they lost as part of a punitive routine that on prior occasions has included consuming live squid and ants. The workers had willingly accepted their gross penance, which is meant to encourage higher productivity, reported Cao, the firm's boss.

Though Article 88 of China's labour law stipulated that any employer that causes physical harm to its employees is liable for compensation, incidents of cruel or unusual punishment are very common in China.

In fact, unproductive workers in the past have been forced to crawl around on their hand and knees, gulp down bitter gourd, and even get spanked for their poor performance.

Legal experts say that such punishments qualify as corporal and encourage victims to report them as they'll be eligible to receive financial reimbursement.

But will cash really make up for all the psychological harm caused by the public humiliation endured by the participants?

We do not think the  memory of chewing wriggling insect babies doesn't fade away so easily.