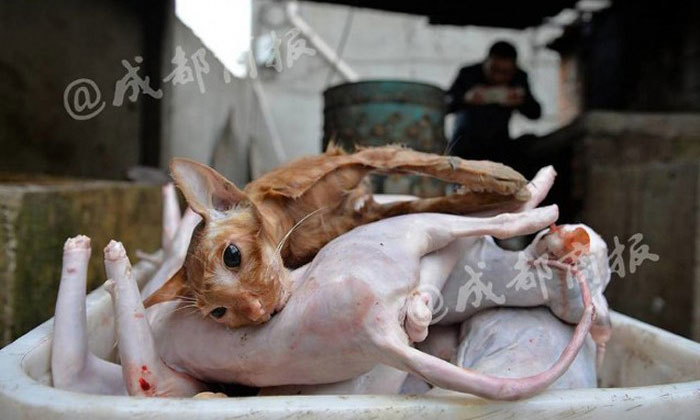 Huang Pingfu, a Chengdu resident who claimed to be a "cat lover", was arrested after he was discovered killing and selling stray cats as "rabbit meat".

According to Shanghaiist, Huang was considered a cat lover in his vicinity and many would bring stray cats to him.

Chengdu Business Daily reported that he slaughtered around 100 cats a day and made over 3,000 yuan (SGD 622) per night.

Huang sold the meat to markets and restaurants outside of Chengdu city as the sale of cat meat is prohibited in the city.

Huang also marketed the meat as "rabbit meat", explaining that the two meats taste the same when grounded up.

After he was exposed by a local animal rights' organization, police arrested him and terminated the operations of the underground slaughterhouse.

Although Huang is in police custody, China does not have any laws against animal torture and he might get away scot-free.