Butt why: Cigarette cleanup campaign in China cancelled after too many butts were brought in 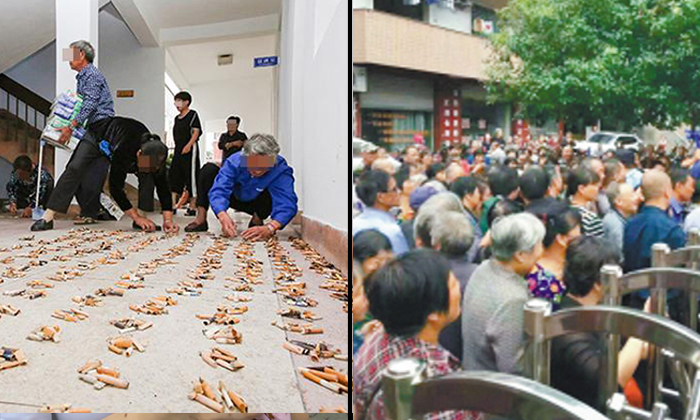 A campaign in Shengzhou, China which compensated people for cigarette butts they brought in has gone up in smoke after "a suspiciously large number of cigarette butts began flowing in".

Sohu reported that the "exchange cigarette butts for tissue" campaign was started in a bid to clean up the city.

The campaign kicked off on Sep 26 and people were rewarded with a packet of tissues for every 50 butts they turned in.

However the campaign came to a halt on Oct 18 after they had an influx of people at the collection center.

It was reported that as of 6pm that day, around 36 000 of packets of tissues were handed out.

Official sums have also put the the number of butts received at 4.8 million and over 100 000 packets of tissues given out.

Most of those who participated were elderly and an official recalled one old lady carrying 9 100 butts into the office.

Shengzhou officials stopped the campaign after they realised that people from other districts were coming to Shengzhou to hand over their cigarette butts for tissue.

One official said: "Most of these people come from Shangyu and Xinchang districts. You can tell because their accents are not local."

An official statement said that the "campaign had lost its original meaning" due to the fraud and was thus halted.

Related Stories
Chinese tourists get hunted down online after stealing toilet seat from Japanese hotel
Man violently attacks woman who asks him not to smoke in lift -- right in front of her kid
Are they for real? 2 uncles take bumper cars for joyride on road in China
Shanghai
China
cigarette
funny