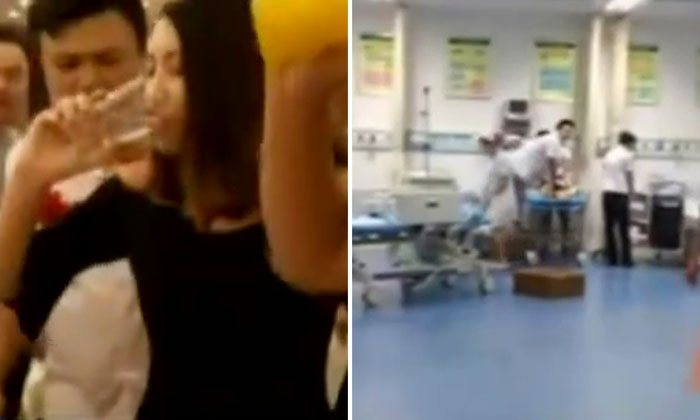 A night of merriment ended in tragedy when a bridesmaid choked to death on her own vomit from drinking too much.

In a series of video clips, the 28-year-old woman is seen knocking back a glass of liquor with her male friends at a wedding banquet in Wenchang city, Hainan province.

She is then seen passed out and supported by her drinking companions.

After that, she is filmed being rolled away on a hotel baggage trolley.

The final video clip shows her in the hospital with doctors fighting to save her life by pumping on her chest but to no avail.

According to Shanghaiist, a lawyer said that revelers who encouraged her to drink bear some responsibility for her death.

However, netizens are divided on who is to blame on her death with some saying as an adult, the woman should have known her own limits.

Excessive drinking is common in China where the ability to out-drink peers and colleagues is seen as a marketable skill.