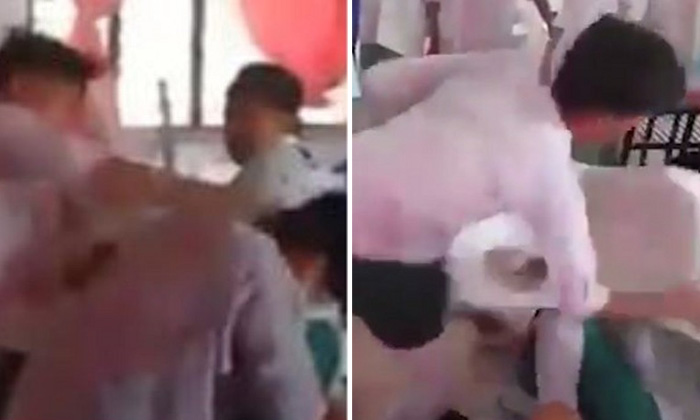 A viral video of a Year Six pupil beating up his schoolmate was triggered after the victim allegedly teased his tormentor about his late father.

Penampang district police chief Deputy Supt Rosley Hobden said the two 12-year-olds, who are currently sitting for their Ujian Pencapaian Sekolah Rendah (UPSR), had been called by the police to give their statements.

He said the parents of the victim lodged a police report on Tuesday over the alleged bullying, which occurred at a religious school in Putatan, Sabah, on Aug 30.

"We have recorded the statements of both boys and the witnesses," Supt Rosley said here Tuesday.

He said the boy was angry with his schoolmate for allegedly teasing him about his late father.

"The victim did not sustain any serious injury,'' Supt Rosley said, adding that there were no other motives in the attack.

He said investigations were carried out for assault. The police will be forwarding the investigation paper to the Deputy Public Prosecutor for further action.

The 147-second video that went viral on social media shows a schoolboy punching, strangling and slapping his schoolmate.

He had also used a plastic chair to hit the victim in the incident.

Related Stories
More youths in Singapore getting hooked on drugs
Youngsters under 18 try all kinds of tricks to buy cigarettes, but...
Teen, 18, tried to rape woman while out on probation for randomly attacking women with plastic bags
More About:
beating
Youths behaving badly
youths
fight
violent
Malaysia