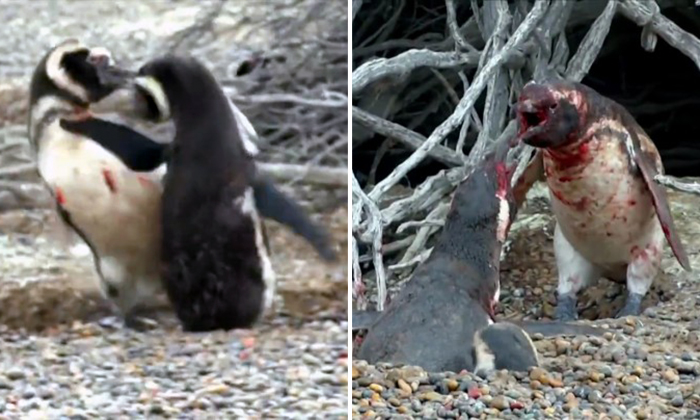 You go to work and return home to find your spouse with someone else, as this penguin did.

These two male penguins became love rivals and fought it out in a bloody battle after the wife went off with the intruder.

The enraged husband did not give up on his love, and fights to the brutal end.

He does so even when the unfaithful mother of his children chooses the home wrecker.

The narrator of the this National Geographic video explains how penguins use their flippers ‘like baseball bats to club each other, delivering up to eight blows a second’.

But the female chooses the home wrecker over the poor husband pengui, reports UniLad.

As the narrator puts it:

"He makes one last plea to the female, but she’s got no time for losers."

The penguin walks away, but in a colony over 250,000, he should not have trouble finding another mate.

Perhaps this time he will end up with someone more faithful.