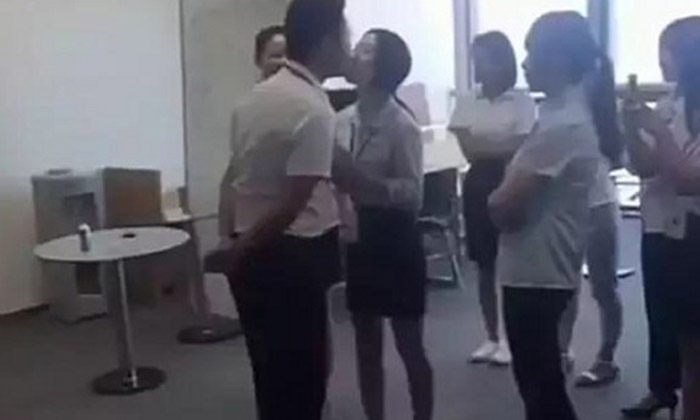 All the female staff line up one by one every morning at one company in Beijing, China, to receive a kiss from their boss.

According to The Star via AsiaOne, the boss of a home brewery machinery company apparently enforced a rule on all his female staff to kiss him every morning to "foster good relationships among colleagues".

Quoting China's Xin Min Wang daily, it said the staff had to queue up "to accept" the kiss from the man who owned the Beijing company and created the rule.

This "fostering of relationships" gesture is done between 9am and 9.30am every day.

The employer claimed that he got the idea from an American company that practised such morning kisses.

China.org reports that the boss said he travels abroad often and has witnessed the practice at a company in the United States.

He claims it generated great cohesion within the company whereby the boss and his female staff could bond together "like fish and water."

He said his employees were more united as a result of it.

Members of the public were shocked to find out about the rule after a video clip of the man kissing his staff was circulated on the Internet.

Despite reluctance to accept the ceremony, almost all female staff members eventually succumbed to the need to satisfy the boss' demand and therefore remain in the company.

Only two members of staff refused and subsequently resigned.