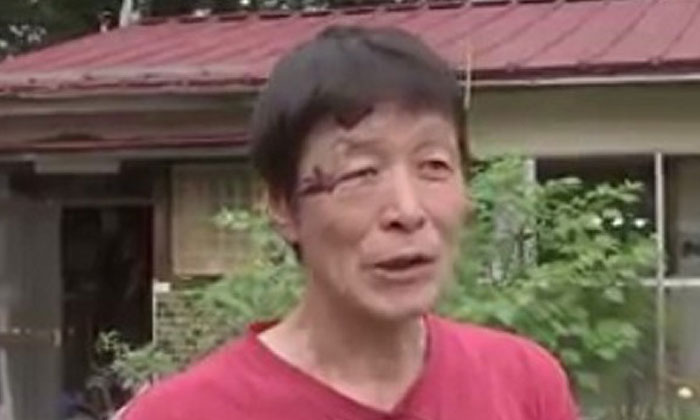 A fisherman fought off an attacking bear using his bare hands on Thursday (Sept 1) with quick blows aimed at the animal's eyes, local media reports said on Friday.

The 63-year-old, whose name was not disclosed, is a karate black-belt holder.

He was fishing at a popular spot at Jizo River in Gunma Prefecture when the 1.9m-tall bear suddenly appeared.

The animal, which is said to be an Asian black bear, reportedly pounced on the man when their eyes met.

It fled upstream after the man, who is about 1.7 metres tall, fought back.

The man, who spoke to the media, said: "At first glance it seemed like something was there, and it was a bear with an imposing stance. It came pouncing towards me when my eyes met the bear's. Its rounded ears were perfectly circular just like a teddy bear's, and its face was so huge."

"The bear had such, such great strength. I was knocked over when it leapt at me. It scratched me and bit me. But in the end I managed to trick the bear, poked it in the eyes and it ran away."

After the attack, the man made his own way to a nearby hospital in Naganohara town, where he received treatment for his slight injuries.

He had sustained bite and claw marks on the right side of his upper body, head and arms.

Japanese daily Mainichi Shimbun quoted the Naganohara municipal government's section head for agriculture and forestry as saying: "There hasn't been anyone injured by a bear in this town for several years, as far as I can remember."

The town has since posted warning signs on roads, local hot spring facilities and other locations. The local hunting club was also preparing to set up bear traps on Friday morning.

A police official said there have been reports of a bear in the area. He stressed: "If you witness a bear, don't fight but walk away quietly and report to police."

Thursday's incident comes weeks after a fatal attack at Gunma Safari Park, which is located 82km away from Naganohara in the city of Tomioka.

Ms Kiyomi Saito, 46, was said to have been attacked by an Asian black bear while she was patrolling the park's Japan Zone.

The bear had attacked her from the window on the driver's side of her vehicle, and bit her in the stomach.

Related Stories
Man thinks it's funny to taunt goose -- then ends up running for his life
More About:
animal attack
bear
Japan