Aww! Mum teaches her daughter to use a self-love mirror after she gets bullied for her dark skin colour 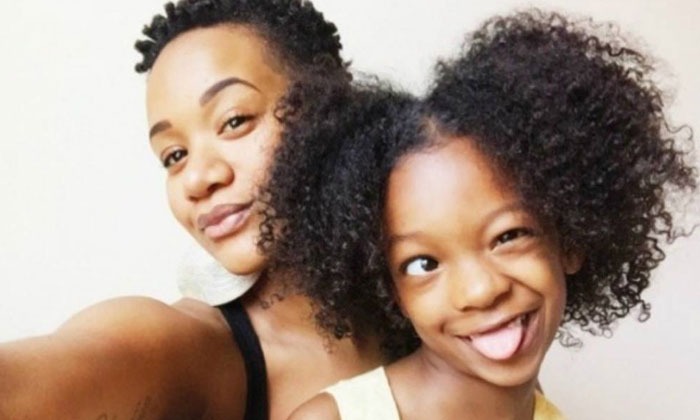 It's easy for a mother to tell her kids to ignore the bullies at school, but this mum took the opportunity to teach her bullied daughter to love herself.

According to Distractify, this is what Alexandra Elle did upon learning that her eight-year-old daughter was bullied for her dark skin colour by other students on the bus.

She taught her daughter a simple self-love exercise that required her to read out the positive adjectives written on the sticky notes pasted all over her mirror -- beginning the sentence with "I am".

after being bullied on the bus this week about her skin color, i decided a self-love exercise was needed. black and proud. all ways, always. pic.twitter.com/7ispZLB6IT

Here's an excerpt of what she said in the video:

“I am beautiful and black. I am smart. I am funny. I am vibrant,” she says. “I am kind. I am honest. I am helpful. I am graceful. I am nice. I am proud to be brown. I am magical, unbreakable, and confident.”

Not only did this self-love exercise help boost her daughter's confidence, but it also got the whole of Twitter totally in love.

According to Elle, her daughter had called her after school sobbing, "Mama, kids were bullying me on the bus."

Turns out, her daughter was called names and made fun of for her dark skin colour -- something Elle had a very low tolerance for.

"As a mother, I know that kids will be kids, but it didn’t sit well with me that Charleigh was being made fun of for being brown."

Elle immediately told Charleigh over the phone that "she is a beautiful person, inside and out, and so is the colour of her skin."

Though Charleigh took her mother's words in, she still didn't feel comfortable riding the bus home the following day.

Elle then decided to employ one of her self-love exercises that she uses with the adults she works with to get Charleigh to overcome her fears.

According to the site, Charleigh has been enjoying the exercise and plans to putting sticky notes on the mirror every day so that she can continue doing it.

“I wanted to make sure she knew that no matter what, who she is cannot be broken by hurtful speech, even when it feels like the opposite."

Elle is aware that the self-love mirror won't help all of Charleigh's problems, but it will at least "help with some" and who would not want a little less stress in their lives right?

Many applauded just how amazing of a message Elle's self-love exercise was sending to the rest of the internet.

"This was beautiful and brought tears to my eyes. I was her...she's smart and beautiful. You're an amazing mum. #beautiful."

"Ahhh she's such a precious cutie. Good job for you Momma for teaching her to be proud of her skin colour and hold onto that magic."

Elle said that she had no idea her post would've blown up like it did, but was happy it got the attention it deserved as she thought "the message was needed and could be adopted by other parents."