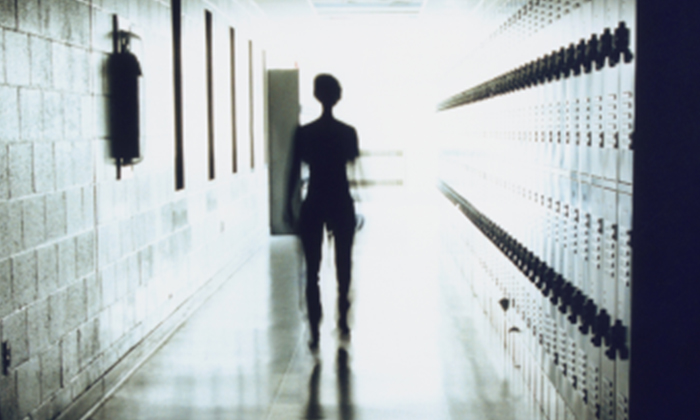 Authorities in Myanmar have issued a eviction notice to otherworldly residents suspected to haunt a village school.

The notice came after a recent spate of supernatural occurrences in which about 18 students have reportedly become possessed, according to World of Buzz.

The students suspect that the recent haunting can be traced back to the school’s expansion over a plot of cemetery land.

The local Chief Minister, Mahn Johnny, together with staff from the Department of Health recently paid a visit to the school to investigate the possessions.

After meeting the teachers and students, Johnny read out the eviction notice, aimed at driving the evil spirits out, while police officers accompanying him fired 18 warning shots to complete the ceremony.

A member of parliament said:

“The chief minister in Shan Yekyaw village yesterday read out an order clarifying that the plot of cemetery land is now part of the school and that spiritual beings dwelling in the plot must depart.”

A new plot of land was also allocated for the graves displaced by the school’s expansion.

Related Stories
Terrifying ‘Haunted Pub’ video circulating online will send chills down your spine
Woman snaps photo inside her new home in Malaysia -- and spots spooky figure lurking at stairway
Chairs move and paper gets thrown at man who is alone in Malaysian telco office
When you see it: Group of friends don't realise they have an unexpected guest to their small birthday celebration
scary
creepy
freaky
ghost
ghostly
funny
Authorities issue eviction notice to ghosts
school