Asian Skyrunning Championships: A runner's high like no other 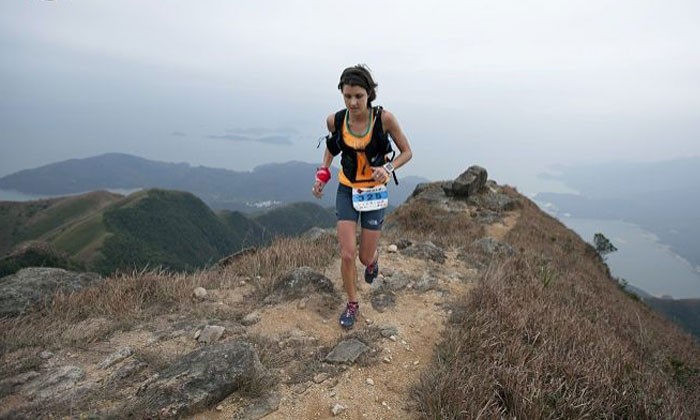 Elite runners from all over the world are set to get high in Hong Kong -- literally.

Men and women from more than 20 countries will vie for top spot in a total of four running competitions this weekend at the Asian Skyrunning Championships.

Skyrunning is unlike most running events Singaporeans are used to.

The activity has been described by The International Skyrunning Federation as a 'sport born in the wild' with altitude and technicality being key characteristics.

Participants will find that distance is not as formidable an enemy as height and terrain.

The running routes of the Asian Skyrunning Championships consist of many points of elevation. Certain parts of the race are so high above sea level that participants will literally be running in the clouds.

Instead of the conventional tarmac roads and paved running paths in a marathon, runners have to go up and down urban areas, mountainous trails and off-road tracks.

To complete the grueling races, participants will need to acclimatise themselves to the differences in topography as well as the changes in breathing patterns due to altitude.

Events at the Asian Skyrunning Championships

The Asian Skyrunning Championships will kick-off with the MSIG Lantau VK on Dec 2.

Participants of this activity are required to complete a 5km course on Lantau Island in mid-afternoon.

5km may seem like a short distance for experienced runners, but participants of this activity will find themselves moving upward more than forward for most part of the race.

'VK' in the event's name stands for 'Vertical Kilometre'. The course will require runners to scale a height of 934 metres from a beach to Lantau Peak, the second-highest summit in Hong Kong.

Runners will take the most direct route from the beach to the top of Lantau peak, meaning a large part of the race will be spent climbing stairs and scaling trails.

Despite the difficulty of the event, past winners have been able to complete the course in less than an hour.

Joseph Gray from America came in first for the men's category with a timing of 38mins 35sec in 2015 while Nepalese Bishnu Maya Budha was the first woman to reach the finishing line with a time of 51min 50sec.

Around 70 participants are expected to take part in the event, half of whom are using it as a 'warm-up' for the races set to take place two days later.

The MSIG Lantau 50 that takes place on Dec 4 is a series of three running events with varying distances and levels of difficulty.

The MSIG Lantau 50 is the most grueling course of the Asian Skyrunning Championships. It will see participants running a big loop on Lantau Island covering a distance of 54km.

Other than Lantau Peak, runners also have to make their way past Sunset Peak, the third highest summit in Hong Kong standing at a height of 869 metres.

With a much longer distance and more points of elevation than that of the MSIG Lantau VK, runners of this event have to push their bodies to the absolute limit to complete the course.

The event is scheduled to flag off before sunrise, meaning participants will be running in the dark for a short period during the race

A turnout of 364 runners is expected for this year's Ultra Skymarathon, including 42-year-old stockbroker Lynn Woo from Singapore.

She was invited by the organisers to take part in the event and has been spending her time climbing stairs at HDB blocks as well as training at Bukit Timah Hill in the run-up to the race. Woo revealed that she spends up to four hours a day going up and down flights of stairs.

The avid trail runner also shared the strategy the will adopt to conquer the Ultra Skymarathon:

"I will take it easy for the first half of the race. There are higher elevation points in the second half and that is when I will go all out.

"It's a pretty tough race and I don't want to stress myself out."

The 27km 'Skyrace' is not as challenging as the Ultra Skymarathon but it is nevertheless physically and mentally demanding.

Participants will be making a smaller loop in Lantau Island but they still have to overcome both Lantau Peak and Sunset Peak.

Frenchman Gregory Vollet was the first to make it to the finish line at last year's event with a time of 2hr 43min 50sec while Zein Williams from the UK was the first woman who completed the course taking 3hr 46min 31sec.

460 runners are set to compete at the Skyrace.

This 16km course is designed for those who want to run without the heat of competition.

Unlike the Ultra Skymarathon and Skyrace, winners of this event are not awarded with cash prizes.

That being said, runners who make it past the finish line can walk away with a sense of satisfaction given the distance and terrain of the course.

The route does not involve Lantau Peak and Sunset Peak but participants still have to make it past several ridges as well as a national park, a feat that is nothing less than challenging.

310 runners are expected for this event.

Check out the videos of 2015's Asian Skyrunning Championships below.