As if you can't get enough of the PPAP song... here's the longer version 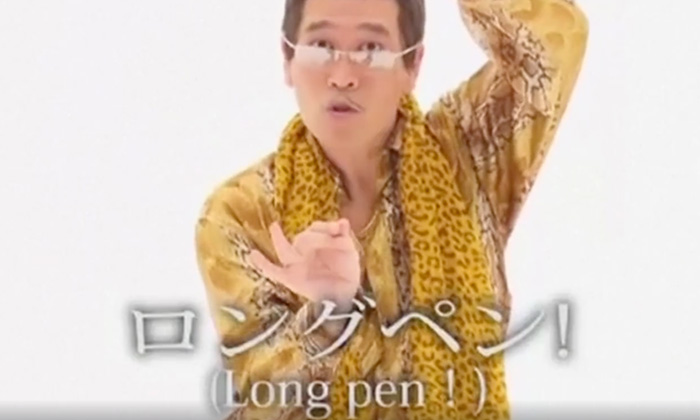 Calling all PPAP fans, Piko-Taro is back for a second, longer version of his viral song "Pen Pineapple Apple Pen (PPAP)".

In the video by The Hook, Piko-Taro is seen doing his iconic PPAP gestures and dance moves.

However, because this is the longer version, Piko then combines two pens to form 'long pen', and a pineapple and an apple to form 'apple pineapple'.

In addition to Piko's comical actions, there are video edits of comedian Kevin Hart's confused face and various commentaries that undeniably make the video rather hilariously entertaining.

According to The Straits Times, Piko-Taro has made a Guinness World Record with his PPAP becoming the shortest song to chart on the US Billboard Hot 100 charts.

Many around the world, and mostly Japanese teenagers, have also created parody videos of this dangerously addictive fruity hit.

You can check out the longer version of PPAP below, and maybe be inspired to make your own!