Are these flip flops blue and black or white and gold? 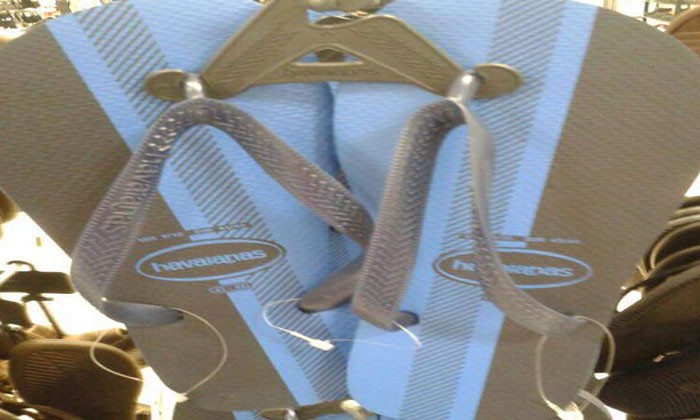 A photo uploaded onto Twitter on Nov 18, featuring a pair of Havaianas, had sent the Internet into a frenzy.

This pair of seemingly innocent flip flops had created confusion over what colour the flip flops exactly are.

Answers vary from blue and black, to black and brown, and some even white and gold.

Previously, in February 2015, a similar picture surfaced and went viral.

Known as "The Dress", people had a heated debate over whether the colour of the dress is blue and black or white and gold.

These different answers can be explained the same way as "The Dress".

"The reason people fall into different camps is because their brains perceive the background illuminating light differently."

Related Stories
As if you can't get enough of the PPAP song... here's the longer version
Can you help this netizen save his plates? The Internet is puzzled over this viral photo
Internet is divided on whether this colour is green or blue
Internet
fashion
viral
flip flops