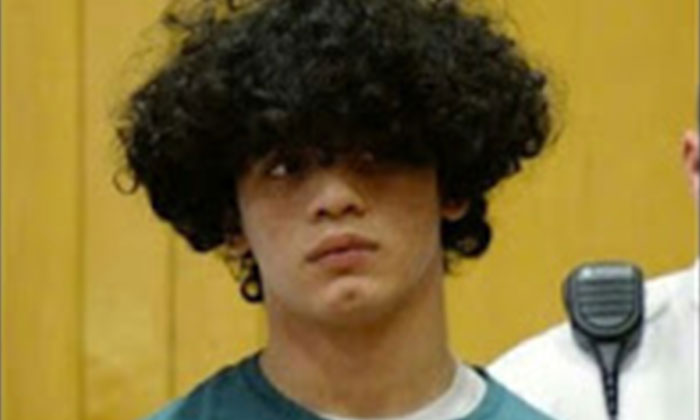 A 15-year-old teenager, Mathew Borges in Massachusetts, USA has been charged with murder after he allegedly stabbed his 16-year-old classmate and then decapitating him.

His head was discovered nearby and Borges will be charged as an adult for first-degree murder, reports Complex.

Viloria-Paulino had introduced Borges to his family just days before his death and was he was last seen leaving his grandmother’s house in Lawrence on Nov 18.

Viloria-Paulino and Borges then went to the Merrimack River to smoke weed.

It was then Borges suddenly attacked his classmate, stabbing him and mutilating his body so severely that the autopsy after that took close to 11 hours.

A witness also reportedly told the police that Borges had confessed his crimes to him and the official police report read:

“A witness told investigators that Mathew told them he did something bad.

“Mathew then told him that he stabbed a kid and cut his head off, killing him.

“When Mathew said this, he was gesturing with his hands as if he was stabbing someone and cutting someone’s head off.”

Borges had pled not guilty and is being held without bail.

The case is still under investigations as Borges’s motive is not yet clear at this point in time.