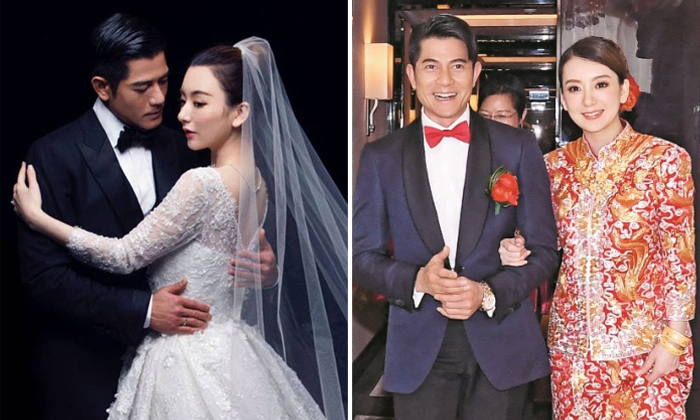 Contrary to the amount of speculation surrounding it, the banquet was held in a hush-hush fashion today (April 18) at The Peninsula Hong Kong.

The hotel was heavily guarded from the afternoon, with a few security guards chasing reporters away, Ming Pao Daily News reported.

Kwok's buddies sported red ties, while he put on a red bow tie.

His manager confirmed the wedding took place and thanked everyone for their well wishes, Apple Daily said.

Kwok, 51, and Fang, 29, secretly filed a notice of intended marriage on March 4, which meant they had three months to tie the knot.

Fang is rumoured to be pregnant, even more so after she was spotted carrying a box of plums - speculated to help with her pregnancy nausea - to a flight recently.