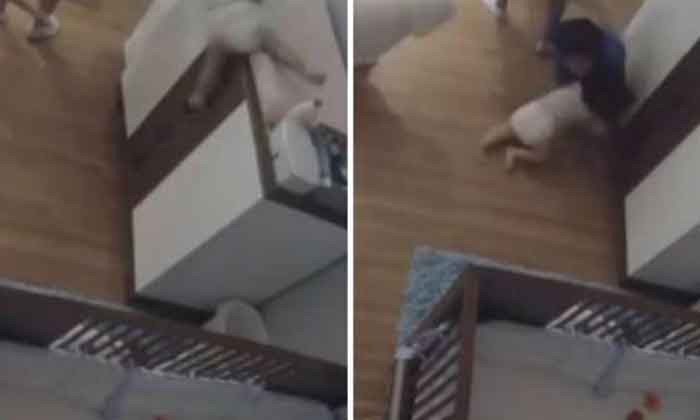 It was a split-second moment that could have gone awry.

But as his 11-month-old baby brother fell from a changing table, nine-year-old Joseph Levi dashed across the room to break the infant's fall, saving him from potential injury.

Joseph, who is from Bal Harbour, Florida, was captured on surveillance camera in October rushing to his baby brother's rescue.

The footage showed his mother Tila Levi placing the infant on the table, before she turned her back to prepare her other five children for bed.

In those few moments, the baby rolled over on his stomach with his left foot dangling off the changing table, and then he fell off the edge.

But just before he hit the ground, Joseph dashed over with his arms outstretched and caught his sibling in the nick of time.

While his mother Tila later blamed herself for the fall, she said it was a "miracle" that Joseph managed the save and called him a "hero", reported WSVN-TV on Tuesday (Nov 15).

"I must have done something right to have been deserving of this little guy, running in at the right time and catching him at the right moment," she told WSVN-TV.

Joseph said his baby brother is usually too heavy for him to carry.

"I would have never caught him, and I can't run that fast, so I felt like something came and just pushed me forward," he said.

"And when that happened, I just ran and caught him."