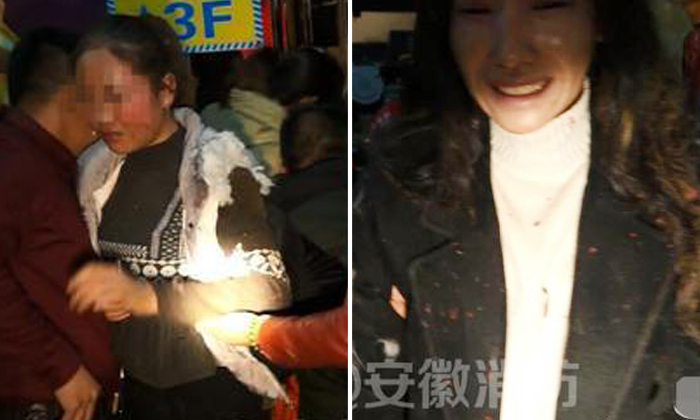 It was a birthday celebration that came with a massive bang - one that they will never forget.

Lighting up candles on the cake, singing the birthday song and helping themselves to food, drinks and free balloons weren't enough for a group of raucous party-goers in China on Sunday (Dec 4).

When eight of them packed into an elevator with reportedly 200 balloons to take home, one of them wanted the party fun to continue after their celebration ended at a hotel restaurant.

Throwing caution to the wind and probably goaded by the urging of a few people, a youth reportedly flicked his lighter and ignited a loud explosion when he lit one of the hydrogen-filled balloons, reported Sina News. This caused the rest to burst too in a split second.

Fortunately the blowout at the hotel in Lu'an city in Anhui province did not cause any serious harm. Although the group suffered minor burns as they were scorched by the fiery flash, they were positively shocked by the blast.

It was so impactful it caused the lift to stall in between the first and second floors, trapping all of them inside as the door could not be opened.

Sina News reported there were screams and cries from the group but all were rescued when firefighters arrived.

Netizens criticised the reckless behaviour of the group. They also wondered why helium wasn't used to fill the balloons as it is non-combustible. In response, some pointed out that hydrogen gas was a cheaper alternative.

One netizen named 'Some Guy' commented: "Lucky for them they weren't taking boxes of fireworks back to their rooms."

Related Stories
How did she end up there? 2-year-old girl in China gets stuck in washing machine
14-year-old girl suffers 79% burns trying to rescue dad from burning home in China
China
accident
injured
explosion