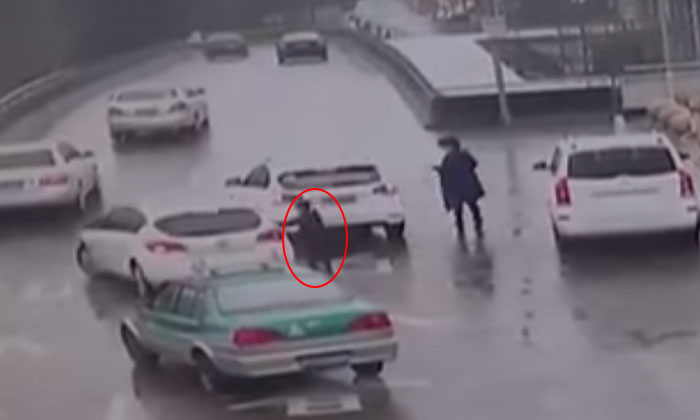 A Chinese boy chased his mother's car for some distance after she drove off without him unwittingly, reports said.

She had dropped a relative off at a train station in Zhuji, a city in Zhejiang in eastern China on Sunday (Dec 25) morning.

Not aware that her seven-year-old son also got off the car, she drove off, and the boy was caught on video chasing her car.

When other car drivers sounded their horn to alert her, she thought she was obstructing traffic and drove faster, China Press reported.

Her son even caught up with her at one point and pulled the car door, but it was locked.

A taxi driver finally managed to get her attention, and told her that a boy was chasing her car earlier.

She was about 1km into her journey, and realising her son was missing, sought help from the police.

Police found her son about 2km from the train station.

Police told local reporters that the mother was extremely distraught. When she finally saw her son, she hugged him tightly and refused to let him go, photos showed.