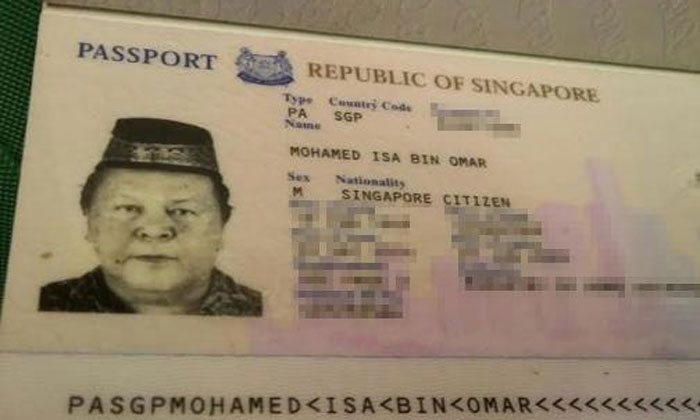 He was reclusive and temperamental.

If anyone tried to talk to Singaporean man Mohamed Isa Omar, he would respond badly, said the housekeeping staff at the Batam hotel he had been staying in.

On Tuesday, the 67-year-old was found dead in the room at Lai Lai Mutiara Hotel.

The hotel employee, who did not want to be named, told The New Paper in Bahasa Indonesia: "He would dismiss us angrily if we tried to speak to him."

Mr Isa checked in last December, according to Indonesia daily Batam Pos, and had paid cash upfront for the stay. A check on travel websites revealed that a room at the hotel costs $29 a night.

He barred people from entering his room, including housekeeping staff, for the entire duration.

He would go out only at night, preferring to stay in during the day, said employees.

According to various reports, a cleaner had sensed something amiss on Tuesday morning.

The employee TNP spoke to said a colleague had detected a foul smell emanating from the room and notified the hotel management.

Subsequently, the police were called in.

When the police entered his room on Tuesday morning, they found Mr Isa's body.

Police Chief of Batu Ampar sector, Police Commissioner Mr Arwin,told TNP: "On Tuesday morning, the hotel receptionist told us that a man had not left his room for about two to three days."

They sent a team of more than 10 men to Nagoya Square Complex, where the hotel is, he said.

Mr Isa's door was locked from within and a spare key had to be used to enter it.

In his room, the police found medicine, clothes and a bag.

"We can confirm that Mr Mohamed Isa has been staying in the room for more than a year, but not when he started staying in Batam."

Commissioner Police Memo Ardian told Batam Pos: "From external check, there are no signs of violence and the man had been suffering from heart disease.

"His body was decomposing when found. Currently, his body is at Bhayangkara Police Hospital and we are waiting for family members to claim him."