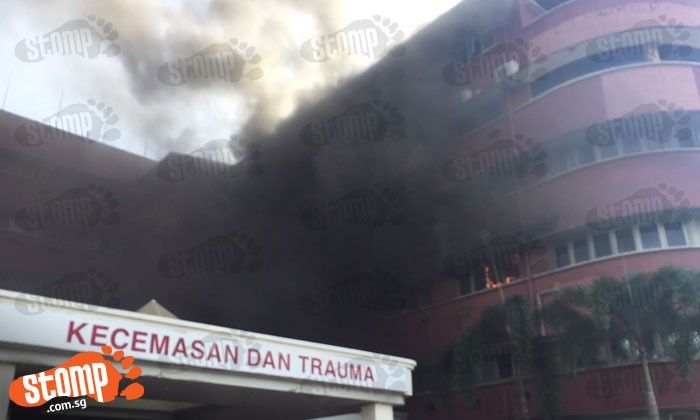 6 people died after a fire incident which occurred in the Intensive Care Unit of the Sultanah Aminah Hospital in Johor, Malaysia.

Stomper Chua alerted us to the incident while Stompers Zai, Kannan and Raj shared a video and photos with Stomp via WhatsApp.

Reports from the fire department in Johor has confirmed that 6 people died due to the fire through their Twitter account, @bombaJBPM.

They put up a tweet which translates to, "25/10/2016 Final Update Regarding Fire at the Sultanah Aminah Hospital in Johor Bahru: 6 dead, 1 rescued.

Prior to this, they have stated there were 2 people trapped in the midst of the fire at 8.56am.

On the next update, they mentioned five people found dead while one was saved.

The next victim they found was confirmed dead.